Cairo — A 50-member panel drafting Egypt's new constitution begins voting on Saturday on the final document which will then be put to a referendum, officials said. 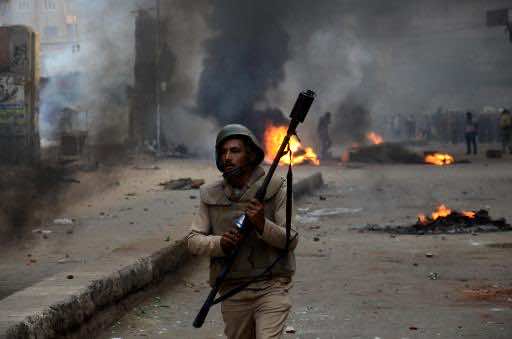 Cairo — A 50-member panel drafting Egypt’s new constitution begins voting on Saturday on the final document which will then be put to a referendum, officials said.

The constitution is the first key milestone in a road map envisaged by Egypt’s military-installed rulers after the army ousted Islamist president Mohamed Morsi on July 3.

Its adoption will be followed by parliamentary and presidential elections due to take place by the middle of 2014.

“The vote on the draft will last one or two days,” state media quoted the panel’s deputy head, Kamal al-Helbawi, as saying, with members due to begin voting later on Saturday.

The panel began work on drafting the basic law at the beginning of September.

The road map stipulates that a referendum on the constitution be held by the end of the year, but government officials have said this is now expected in the second half of January.

Egypt’s interim rulers suspended the previous constitution after Morsi was removed following just one year in office. That charter had been hastily drafted by a 100-member panel dominated by Islamists during Morsi’s presidency.

The current panel includes just two Islamists, neither of whom is from Morsi’s Muslim Brotherhood movement which has been the target of a sweeping government crackdown that has seen more than 1,000 people killed.

Rights groups and activists have already criticised the revised draft constitution, charging that it fails to curb the powers of the military.

They particularly object to Article 203 allowing military trials for civilians accused of “direct attacks” on the armed forces.

Dissenters fear this provision could be interpreted expansively to target protesters, journalists and dissidents.

Article 203 in the revised draft says that “no civilian can be tried by military judges, except for crimes of direct attacks on armed forces, military installations and military personnel”.

Another clause, Article 233, says the “minister of defence will be appointed in agreement with the Supreme Council of the Armed Forces for the first two presidential terms”.

The revised constitution also ensures that the military’s budget remains beyond civilian scrutiny.