Morocco World News
Home News International US: waitress fired after reporting a mother who was drinking and breastfeeding

Sidi Ifni- A waitress in the United Sates was dismissed after she called the police to report a woman who was breastfeeding her baby and drinking alcohol. 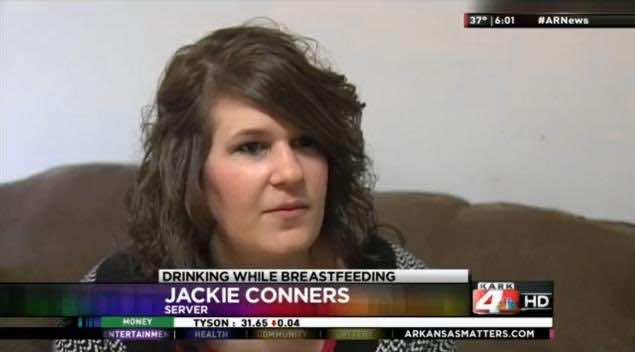 Sidi Ifni- A waitress in the United Sates was dismissed after she called the police to report a woman who was breastfeeding her baby and drinking alcohol.

Jackie Conners, an Arkansas waitress, was dismissed after reporting to police a woman who was drinking while breastfeeding her 7 month old daughter.

The mother’s actions are “unacceptable,” Conners was quoted by the Daily Mail as saying.

According to the Daily Mail, police rushed to the bar and arrested Tasha Nicole Adams, who is mother of three.

The 28 year-old woman was convicted of causing harm to a minor, and she is expected to appear in court in January.

But the pizzeria immediately fired the waitress.

“Conners’ termination had nothing to do with the breastfeeding incident,” a manager at the restaurant was quoted by ArkansasMatters as saying.

But the waitress argues that she was fired because she “took matter into her own hands.”

The mother claimed that she did not do anything wrong.

“I am really a normal person,” she was quoted by the same source as saying.

Pregnant mothers are warned against drinking consuming alcoholic drinks for fear of bringing about birth defects.

Adams reiterated that she did not commit anything horrible and that her family is all that she cares about.

“I just want everyone to know I am not a horrible person. I have a family to take care of, and that’s all I care about,” she said.