Cairo — A panel resumes voting Sunday on the final draft of a new constitution for Egypt, with the spotlight expected to be on articles regulating the military's powers and privileges. 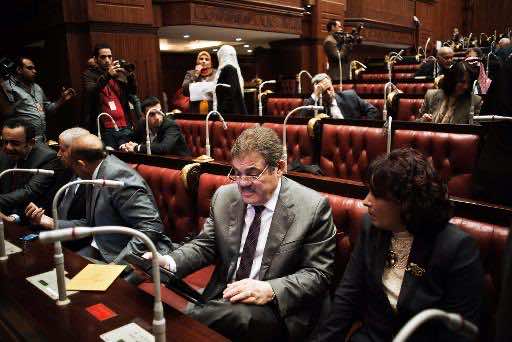 Cairo — A panel resumes voting Sunday on the final draft of a new constitution for Egypt, with the spotlight expected to be on articles regulating the military’s powers and privileges.

If adopted, the charter will be put to a popular referendum early next year in the first milestone of the military-installed government’s transition roadmap.

This is set to be followed by presidential and parliamentary elections in mid-2014.

On Saturday’s first day of voting the 50-member panel approved 138 of the 247 articles of the draft charter.

Those articles included one stipulating that Islamic sharia law will be the main source of legislation, as was also the case during the regime of toppled ruler Hosni Mubarak.

The other main article approved was one forbidding the formation of religious parties or parties based on religious grounds.

These concern the Egyptian military which led the ouster of Islamist president Mohamed Morsi in July after millions of people called for his resignation after just one year in office.

Article 204 says that “no civilian can be tried by military judges, except for crimes of direct attacks on armed forces, military installations and military personnel”.

Secular artists have demonstrated against the provision, saying it could be applied to protesters, journalists and dissidents.

Activists and rights groups say that the draft charter also fails to curb the powers and privileges of the military.

Article 234 stipulates that the defence minister be appointed in agreement with the Supreme Council of the Armed Forces, although panel spokesman Mohammed Salmawy told AFP this clause will apply only for the first two presidential terms.

The draft constitution also ensures that the military’s budget remains beyond civilian scrutiny.

Media reaction on Sunday to the new constitution was generally positive.

“Constitution on its way,” said a headline in the independent newspaper Al-Masry Al-Yom, while Al-Watan said: “Sweeping vote on future Constitution.”

The interim authorities suspended the previous constitution written under Morsi’s presidency after his removal on July 3.

That charter was drafted by a 100-member panel that was dominated by his Islamist allies.

The current panel includes representatives from civil society, political parties, institutions such as the army and police, and the Coptic church.

It includes just two Islamists, neither of whom is from Morsi’s Muslim Brotherhood which won a series of polls after Mubarak’s ouster.

The Brotherhood has been the target of a sweeping crackdown since August 14 that has seen more than 1,000 people killed and thousands more arrested.

Divisive new constitution put to the vote in Egypt

Thousands demonstrate in Tunisia for women’s rights in new constitution