Morocco World News
Home Society Expatriates Belgium: 45 % of Flemish people do not want immigrants in their...

Sidi Ifni, Morocco - According to the findings of the ‘Flemish Migration and Integration Monitor’ survey, 45 % of Flemish people refuse to live with immigrant neighbors, especially Muslims. 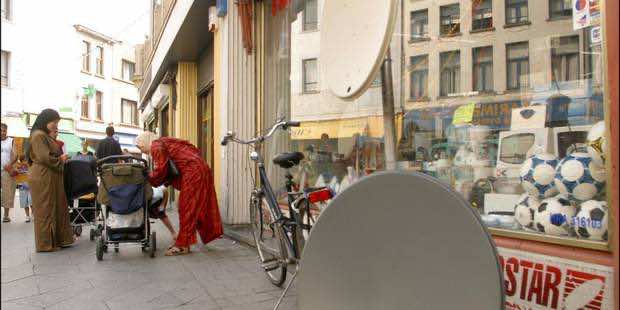 Sidi Ifni, Morocco – According to the findings of the ‘Flemish Migration and Integration Monitor’ survey, 45 % of Flemish people refuse to live with immigrant neighbors, especially Muslims.

Those individuals interviewed underscored that they prefer to live only with neighbors of Belgian origin. 47% of them believe that those who immigrate to Belgium only do it to benefit from their social security and facilities.

Muslim immigrants, 40% of Flemings believe, are a threat to the traditions, social conventions and culture of the Flemish society.

Despite the fact that half of those surveyed believe that cultural diversity enormously enriches their society, their feelings of xenophobia and racist attitudes have led them to keep their immigrant neighbors at bay.

The survey shows that 51% of Flemish keep a distance from the immigrants living in their neighborhood.

Commenting on the issue, Jozef De Witte, the director of Belgium’s Anti-racism center, noted that “Instead of accepting immigrants and organizing matters in a pleasant fashion, the Flemish are in denial. We feel superior, but at the same time we have never been so scared.”

Dutch, Polish Moroccans, Romanians, and Bulgarians are among the immigrants in question. Fear of Europe’s Islamization has led some Flemish people to react against the increasing number of immigrant neighbors.

Racism towards foreign residents is more rampant among the less educated Flemish and the older generation than among those that are highly-educated and from younger generations.