Rabat- Men who think of approaching their wives will usually consider helping around inside the house like doing the dishes or folding the laundry. But, a study published in the American Sociological Review suggests that men who routinely get involved in what is socially seen as “female chores” get less chance to have sex than those who do not. 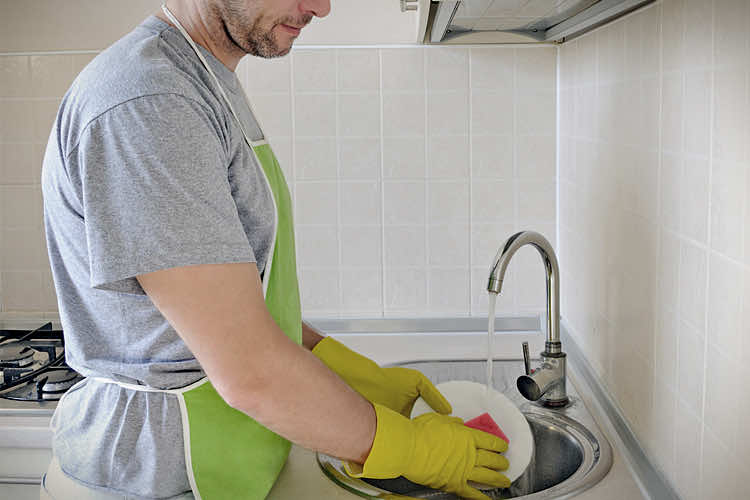 Rabat- Men who think of approaching their wives will usually consider helping around inside the house like doing the dishes or folding the laundry. But, a study published in the American Sociological Review suggests that men who routinely get involved in what is socially seen as “female chores” get less chance to have sex than those who do not.

The research conducted by a joint scientific team from the Center for Advanced Studies in the social sciences in Madrid and the University of Washington, revealed that men who engage in more “manly” tasks such as repairing a burnt out light bulb or fixing the kitchen sink might be lucky enough to get more sex than men who participate frequently in housework typically done by the opposite sex.

The study is based on 20-year old-U.S. data that surveyed more than 4,561 married couples measuring sexual frequency, household chores and marital satisfaction.

Some of the results show that men who did housework (cooking, cleaning, etc),  had sex 3.2 times per month, while those whose wives took care of these chores had sew 4.8 times a month.

In spite of the fact that the data is 20 years-old and things may have changed a lot since then, Kornrich said that “gender roles really haven’t changed that much.”

The legend has it that husbands who participate in the housework and help their wives are getting more sex, but the findings suggest a totally different idea that women actually prefer more “manly” men.

However, does it mean that husbands should start to let their wives do all the work while they enjoy watching the game? Well, not really. The team behind the study “warns” that refusing to help around with the house tasks may lead to a conflict in the marriage.

“With so many women working full-time, what might be best for a couple’s romantic life may be unworkable and unfair in real life. Each couple will have to work it out for themselves. Egalitarian “peer marriages” where couples share all domestic tasks equally can be quite happy,” report the authors.