Washington- Amazon CEO Jeff Bezos says his company is looking to the future with plans to use "octocopter" mini-drones to fly small packages to consumers in just 30 minutes. 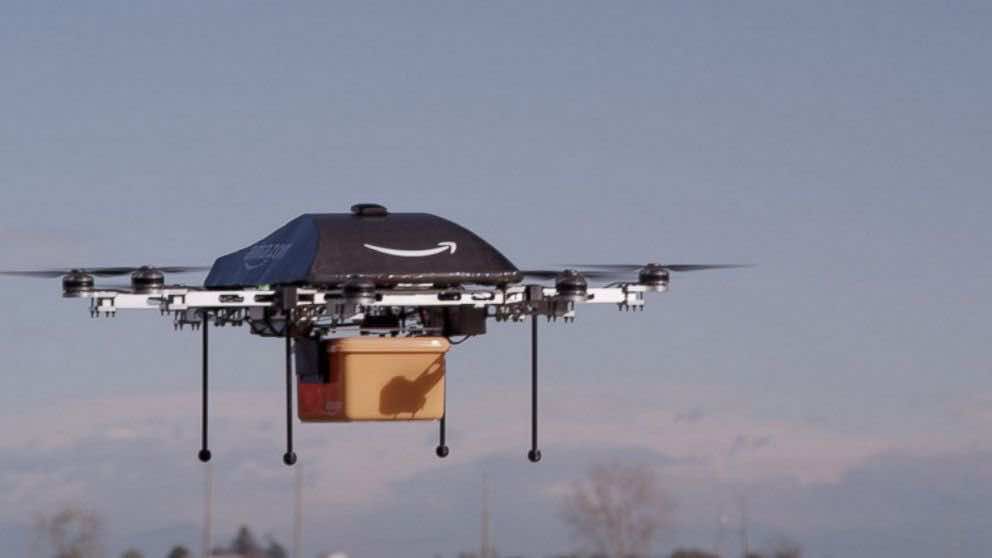 Washington- Amazon CEO Jeff Bezos says his company is looking to the future with plans to use “octocopter” mini-drones to fly small packages to consumers in just 30 minutes.

The US retail giant’s ambitious project still requires additional safety testing and federal approval, but Bezos estimated that Amazon “Prime Air” would be up and running within four to five years.

A demo video posted on the company’s website showed the tiny robotic devices picking up packages in small yellow buckets from Amazon’s fulfillment centers and then whizzing through the air to deliver the items to customers just 30 minutes after they made their purchase on Amazon.com.

“We can do half-hour delivery… and we can carry objects, we think, up to five pounds (2.3 kilograms), which covers 86 percent of the items that we deliver.”

The mini-drones are powered by electric motors and could cover areas within a 10-mile (16-kilometer) radius of fulfillment centers, thus covering a significant portion of the population in urban areas.

They operate autonomously and drop the items at the target locations thanks to GPS coordinates transmitted to them.

Amazon said the octocopters would be “ready to enter commercial operations as soon as the necessary regulations are in place,” noting that the Federal Aviation Administration was actively working on rules for unmanned aerial vehicles.

It projected a more optimistic timeline than Bezos himself for the project to be activated, saying the FAA’s rules could be in place as early as 2015 and that Amazon Prime Air would be ready at that time.

Bezos hinted that part of the motivation behind the mini-drones was to make sure Amazon remains on the cutting edge of the retail industry.

“Companies have short life spans… And Amazon will be disrupted one day,” he said.