Beijing- One of China's top movie directors has admitted having three children with his current wife, according to a studio media posting, after months of speculation he broke the country's controversial family planning laws several times. 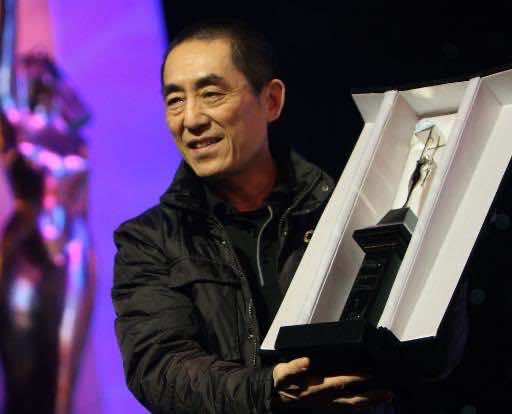 Beijing- One of China’s top movie directors has admitted having three children with his current wife, according to a studio media posting, after months of speculation he broke the country’s controversial family planning laws several times.

Zhang Yimou, the maker of “Raise the Red Lantern” and “Red Sorghum”, has two sons and a daughter with his current wife, the Yimou Studio said in its verified account on Sina Weibo, a Chinese equivalent of Twitter.

That would mean Zhang, 62, has a total of four children including a daughter with his ex-wife, potentially violating China’s one-child policy.

Zhang “would like to make a sincere apologies to the public for the negative ramifications caused”, said the posting by Yimou Studio, which says it is affiliated to the director.

The disclosure comes after months of speculation that he has seven or eight children by three or four women.

Yimou Studio dismissed those allegations as “untrue” and threatened to hold the rumourmongers legally responsible.

“The false allegations have seriously affected the normal life of Zhang Yimou’s family and led to an egregious impact on society,” said the statement.

“We are collecting and sorting out relevant evidence against the rumourmongers and preserve the right to pursue their legal liability.”

China has implemented its family planning law for over 30 years, which currently restricts most parents to one child, with exceptions including some rural families whose first child is a girl, ethnic minorities, and couples who are both only children.

It has been at times brutally enforced, say rights groups, while officials say it has been a key element of China’s rising prosperity.

The ruling Communist Party said last month it would relax the rule by allowing couples to have two children if one of the parents is an only child.

Family planning officials in the eastern city of Wuxi, where Zhang is registered as living, are investigating, reports in state-run media said.

Zhang was willing to cooperate with the investigation and “accept commensurate penalties” according to national laws, said the Sina Weibo posting.

If found guilty of breaching the policy, Zhang could be fined around $100,000, according to the per capita urban resident income in Wuxi and the number of children involved, the state-run Beijing News reported Monday.

Many of Zhang’s early films were banned in China but he has since become close to authorities and was picked to direct the opening ceremony for the 2008 Beijing Olympics.

His most recent work, 2011’s “The Flowers of War”, starred Christian Bale and was a historical drama set during the 1937 Nanjing Massacre.