CAIRO - Egypt's draft constitution, which has been approved for a referendum, would consolidate the power of the military, which had promised a "democratic transition" when it ousted Islamist president Mohamed Morsi. 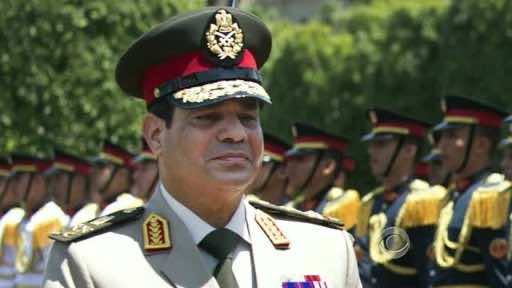 CAIRO – Egypt’s draft constitution, which has been approved for a referendum, would consolidate the power of the military, which had promised a “democratic transition” when it ousted Islamist president Mohamed Morsi.

The document has raised fears among Islamists and secular activists alike of a return to a police state less than three years after Hosni Mubarak, an air force commander who went on to rule Egypt for 30 years, was toppled by pro-democracy protests.

Since a group of mid-level army officers overthrew the monarchy in 1952, the military has supplied all of Egypt’s leaders except Morsi and has maintained extensive privileges, including a budget beyond civilian scrutiny and the power to try civilians.

The draft constitution “confirms the domination of the military,” said Mustafa Kamel al-Sayyed, a political science professor at Cairo University, adding that an article retaining military trials for civilians “violates all democratic standards”.

The new constitution explicitly states that civilians cannot be tried by military tribunals unless they carry out “direct attacks” on the armed forces, but critics fear the provision could be expansively interpreted to apply to journalists, protesters and dissidents.

Thousands of Islamists have been jailed since Morsi’s July 3 overthrow, and hundreds of pro-Morsi protesters were killed when security forces stormed two Cairo sit-ins in mid-August, in the worst mass killing in modern Egyptian history.

More recently, several non-Islamist activists have been detained for violating a new law regulating protests, including well-known blogger Alaa Abdel Fattah, who is accused of beating a police officer, among other charges.

In addition to allowing military tribunals for civilians, the draft constitution keeps the military budget beyond civilian scrutiny and allows the military to appoint the defence minister, raising concerns that it will effectively exist outside the civilian government.

“The military has managed to retain total autonomy,” said James Dorsey, a Middle East specialist at the S. Rajaratnam School of International Studies in Singapore.

In addition to enjoying legal immunity, the military would be able to maintain its vast economic and commercial interests, he added.

The 50-member panel rejected an article setting out a strict timetable for the referendum — expected in January — to be followed by parliamentary and then presidential elections.

The revised article does not specify which election will be held first, fuelling suspicions that General Abdel Fattah al-Sisi, defence minister and head of the armed forces, could to seek the presidency and then preside over the formation of the legislature.

“If presidential elections happen first, the president sets the tone. If there is an elected parliament in office, it can potentially set the tone,” Dorsey said.

Experts said that even if the hugely popular Sisi does not seek the presidency, he could remain outside the civilian chain of command by continuing to serve as defence minister.

“What will be the relationship between the elected president and prime minister on the one side and the defence minister on the other, who will not feel subordinate to their authority” because he is not appointed by them, Hassan Nafea, a political science professor at Cairo University, said.

The charter would create a “power with three heads,” with a president elected by universal suffrage, a prime minister serving with the confidence of parliament, and a defence minister accountable only to the armed forces.

It was the Supreme Council of the Armed Forces (SCAF), a military junta, which ruled the country in the wake of Mubarak’s ouster in a popular uprising and until Morsi became Egypt’s first freely elected president the following year.

Morsi dismissed the head of the SCAF in August 2012 in a move that was seen as an assertion of civilian control over the military. But  Morsi replaced him with Sisi, who would overthrow the president less than a year later amid massive protests against Morsi’s rule.

On Monday a coalition of groups demanding Morsi’s reinstatement accused Sisi of “working, since his nomination, to demolish or undermine the gains from the 2011 revolution”.

Since Morsi’s overthrow, Sisi has emerged as the embodiment of a resurgent nationalism — with his portraits plastered along city streets and his visage looking up from chocolates named after him.

The hysteria surrounding Sisi recalls that of an earlier era, when Colonel Gamal Abdel Nasser emerged as a beloved nationalist leader in the 1950s after the coup that ended the monarchy, inaugurating a half-century of rule by former military men.