Fez - Brazilian star and former Barcelona player will participate in the FIFA Club World Cup scheduled to take place from 11 to 21 December in Morocco. 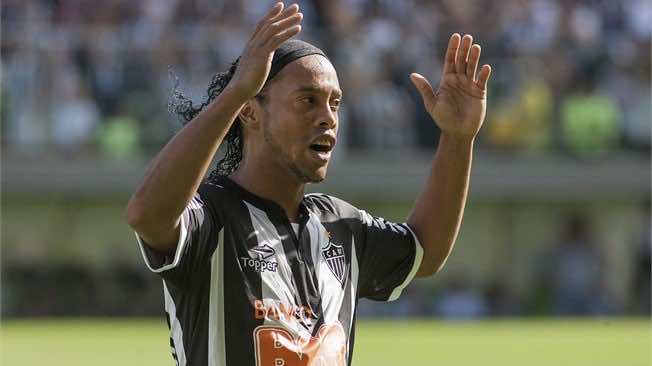 Fez – Brazilian star and former Barcelona player will participate in the FIFA Club World Cup scheduled to take place from 11 to 21 December in Morocco.

In an interview with FIFA, the Brazilian player confirmed that he is back in shape to win the World Cup.

In spite of the serious injury he suffered in training on September 27, the former world number one player, managed to make his comeback earlier than expected.

His coach Cuca “is delighted to be able to count on his on-pitch leader in a tournament everyone at Atletico is yearning to win. Ronaldinho’s European experience and his weighty reputation, could make all the difference against teams of the caliber of Monterrey or even Bayern Munich,” said FIFA on Monday.

Ronaldinho showed his determination to work hard to be fit for the FIFA 2014 World Cup to be held in Brazil next summer, adding that he is working very hard to improve.

“If there is a chance of playing in the World Cup, I’ll be ready, and I’ll be at my peak. My goal is to always be at my best,” he noted.

“Anything can happen. The plan is get back to the form I showed before the injury. My objective is to be right physically, to be able to hit the same high standards I was managing before,” he added.