Rabat- Norwegian film director and screenwriter, Erik Poppe on Monday paid tribute to Islam. As he arrived to the venue hosting the Marrakech Film Festival, the Norwegian director knelt for a brief prayer on the red carpet, according to Moroccan news outlet le 360.

Named best Scandinavian director in 1994, Erik Poppe, represented Norway, in 2004, in the Oscars and won numerous awards, including the Hamptons International Film Festival in 2008.

The Norwegian director is among a plethora of the world’s famous cinema figures invited to participate in the 13th edition of the International Marrakech Film Festival taking place in Morocco’s foremost touristic city, from November 29 through December 7th.

This year’s edition opened on Friday with a vibrant tribute paid to American actress Sharone Stone. 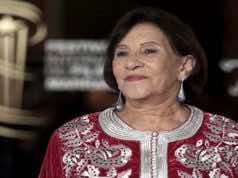