Monir Birouk- Agadir - Even today as we wade our way through the second decade of the twenty first century, there is still so much we can learn from the staggering account of Abou Hamid al-Ghazali's life (1056-1111). 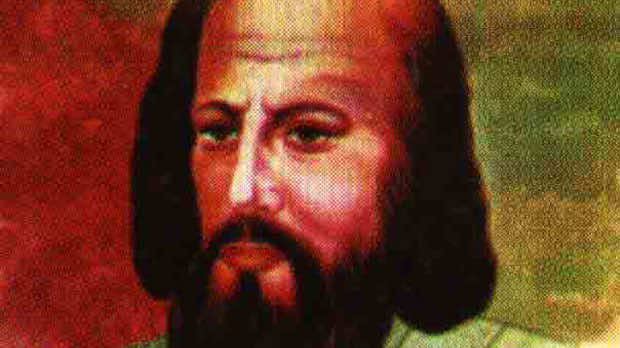 Monir Birouk- Agadir – Even today as we wade our way through the second decade of the twenty first century, there is still so much we can learn from the staggering account of Abou Hamid al-Ghazali’s life (1056-1111).

Unfortunately, those illuminating moments that might be of use to us seem, paradoxically enough, to be eclipsed by the deep and wide scholarship about his life and thought, but also by the dense clouds of the ideologized philosophical battles that invoke his name every now and then.

At an age when our minds are threatened by standardization and by flattened modes of thinking, (critics like Adorno and Horkheimer did long ago set off alarm bells) al-Ghazali’s intellectual life might still be seen as an advanced model of the quest for autonomy in its Kantian sense. When it comes to critical thinking, the battle cry of the pundits of education in the 21 century, he is surely one of its undisputed champions. Since his childhood, we are told in his semi-autobiography Deliverance from Error, al-Ghazali had grown inimical to the commonplace and the conventional. With an inherently innate, “thirst for grasping the real meaning of things”, al-Ghazali never ceded to a belief or practice unless it stood the test of epistemological certainty (Deliverance from Error, 3). For al-Ghazali, the path to truth necessarily passes by doubt, for “Who does not doubt fails to inquire. Who does not inquire fails to gain insight. Without insight, you remain blind and perplexed” (The Scale of Action, 40). It is more or less the same lesson Socrates before him, and the Enlightenment figures such as Kant and Emerson after him, were keen to deliver: sapere aude!

Although we do not have to take it as far as al-Ghazali and Descartes did when they doubted not only their senses but also their reasoning faculties, their self-scrutiny of the taken-for-granted beliefs and practices should be insightful to us. A skeptical frame of mind is not always coterminous with wholesale rejection of tradition as we learn from al-Ghazali himself. What it should lead to, rather, is the conscious revaluation of one’s sources of knowledge, and the audacity to insulate oneself from conformity and the “slavish aping of parents and teachers” (Deliverance, 3). An inherited belief in tradition does not come anywhere close to that which is re-thought and re-examined.

The other lesson to be learnt from al-Ghazali, in addition to his inherent hostility to “servile conformism” and his restlessness with unchecked “inherited beliefs”, is pedagogical. For him, critique is inextricably associated with an a priori deep knowledge of the thing, which is to be approached critically. That was the stance the Proof of Islam took with regards to the main four intellectual strands with which he critically engaged in his time: theologians, philosophers, esoterists and Sufis. His scathing critique of metaphysical Greek philosophy in The Incoherence of Philosophers, to take just one famous example, was preceded by a two-years intensive study of philosophy, an endeavor which culminated in his book The Intentions of Philosophers where he succinctly reported in an objective way the thought of Plato, Aristotle and other philosophers to prove that he is well-qualified to engage with their thoughts later on. Out of intellectual integrity, al-Ghazali would apply himself hard to interiorize the beliefs and views of the epistemological “other” so that he “would never take leave of an interiorist without wanting to learn about his interiorism, or of a literalist without wanting to know the substance of his literalism, or of a philosopher without seeking to become acquainted with the essence of his philosophy . . . ” (Deliverance, 2). The moral, or say academic, obligation to uphold judgment until one puts his feet in the shoes of the other is a frame of mind that almost becomes a rare commodity in our times.

Finally, for al-Ghazali, skepticism is never a gratuitous epistemological exercise; it is crucially instigated by a relentless quest for balance. In a modern world that is obsessively preoccupied by outward manifestations of success, we tend to lose the sense of what constitutes the essence of our humanity. To the detriment of our inner peace, the spiritual tendencies of our souls are mostly submerged by the material density of our clay-ness. Al-Ghazali’s career as a professor in the Niz?miyya School in Baghdad, his subsequent isolation and intensive spiritual devotion in a farther Khanqah [Sufi monastery] in the outskirts of Damascus, and his later return to Nishapur were three significant signposts in the life of Ab? Hamid al-Ghazali.

While a professor in the Niz?miyya School, the “most prestigious and most challenging . . . teaching position in his day”, al-Ghazali had everything that counts to a successful career: prestige, fame and official endorsement (Griffel, 34). Nevertheless, he was aware at the same time that he was far from being free; for him, such success is blemished by an inflated self-esteem and an egoistic indulgence in seeing thousands of students, high-profile scholars amongst them, sitting at his feet and listening to his lectures. As we are enthralled and magnetized by our success, we might as well be unconsciously enslaved by our base desires and selfish tendencies!

Torn between his success on the one hand, and his conscientious scruples on the other, al-Ghazali eventually pulled himself together, left Baghdad, renounced fame, prestige and worldly luxury, and wandered as a Sufi in the deserts of Syria and Palestine. After years of solitude, devotion and worship far away from the distractions of life, al-Ghazali returned to Nishapur and afterwards to his hometown Tus to preach, teach and benefit his community. Al-Ghazali’s spiritual experience was profoundly transformative: “When Abu Hamid entered Baghdad [in 1091] we estimated the value of his clothing and mount to be 500 dinars. After he turned ascetic, traveled, and returned to Baghdad [in 1097], we valued his clothing to be worth fifteen qirat” (Griffel, 34). His return was that of a saint; that of a soul, which realized that “the happiness of the drop is to die in the river.” Material gain and worldly success are inherent to the calling of human beings in this life. Yet, the challenge is how, like al-Ghazali, St. Augustine and many others, to set the material within an overarching spiritual and moral framework; how to put material gain in one’s hand and never let it into one’s heart.

The life of al-Ghazali is there for those of us who look for balance and inner peace. First, methodical skepticism is not an epistemological luxury, especially when general frameworks of belief are involved. Second, human beings are ineluctably caught in the double-bind of the here-and-there, the inwardly and the outwardly, soul and reason, the transcendent and the immanent; breaking the binary would certainly tip the scales of one’s life. Third, moral development and psychological well-being depends on how far one goes in self-checking his drives, inclinations and intentions. For al-Ghazali, the alchemy of happiness is simple and clear: the closer you are from God [the Absolute in today’s academic jargon], the less enslaved, and therefore, the more autonomous you become.