RAMALLAH- Israeli forces on Tuesday demolished several homes, wells and makeshift tents in a number of Palestinian villages situated along the Jordan Valley. 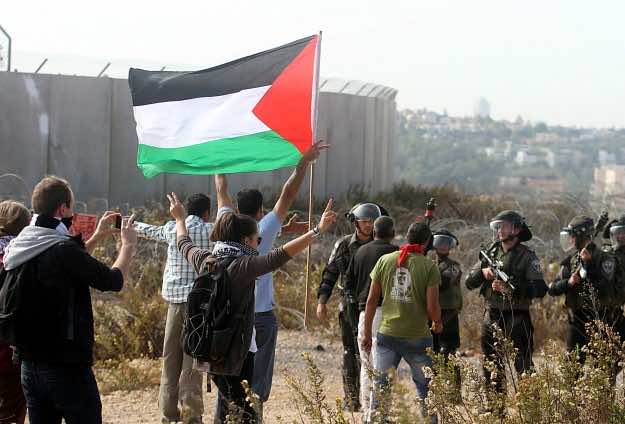 RAMALLAH- Israeli forces on Tuesday demolished several homes, wells and makeshift tents in a number of Palestinian villages situated along the Jordan Valley.

“Israeli forces accompanied by bulldozers stormed the villages at about 7am,” Aref Daraghmeh, mayor of the villages of Al-Malih and Al-Madarib, told Anadolu Agency.

Ahmad Daraghmeh, a resident of the village of Al-Akaba, confirmed that Israeli forces had surrounded the village and were preventing any one from entering or exiting it.

“They’re demolishing the makeshift tents that provide our children and families with shelter,” he told AA.

“Israeli policy aims to displace not only us, but all [Palestinian] residents of the Jordan Valley,” he added.

On Monday, Israeli forces demolished four homes and an equal number of makeshift tents in the Njada area of the town of Ouja in the northern Jordan Valley.

Ouja Mayor Fahkree Njoom told AA that the demolished structures had been built on land owned by the agency for Islamic endowments (awqaf).

“I have no place to go,” he told AA, adding defiantly: “I will rebuild it again.”

Israeli Prime Minister Benjamin Netanyahu recently ordered construction of a “security fence” along the borders with neighboring Jordan, which will also serve to cut that country off from the valley for which it is named.

The move came in response to Palestinian negotiators’ insistence on putting the Jordan Valley atop the agenda of ongoing peace talks.

Israel sees the Jordan Valley as an economic and security buffer zone for Jewish settlements. It hopes to keep the region – which accounts for roughly a quarter of the occupied West Bank – under its firm control in any future peace deal.

More than 10,000 Palestinians live in the Jordan Valley. Because Israel forbids construction of cement and iron buildings in the area, most live in makeshift homes and tents.

Israel has prevented any development of Palestinian towns in the valley since 1967 and refuses to grant building permits to local residents.

Last year, UK charity Oxfam reported that Israel had allocated almost all of the valley’s water resources to Jewish settlements in the area, which are home to some 9,500 Israeli settlers.