Casablanca – Reyes Monfrte, Spanish writer and journalist, has recently released a novel based on real events depicting slavery and appalling living conditions of the Saharawis living in Tindouf camps. 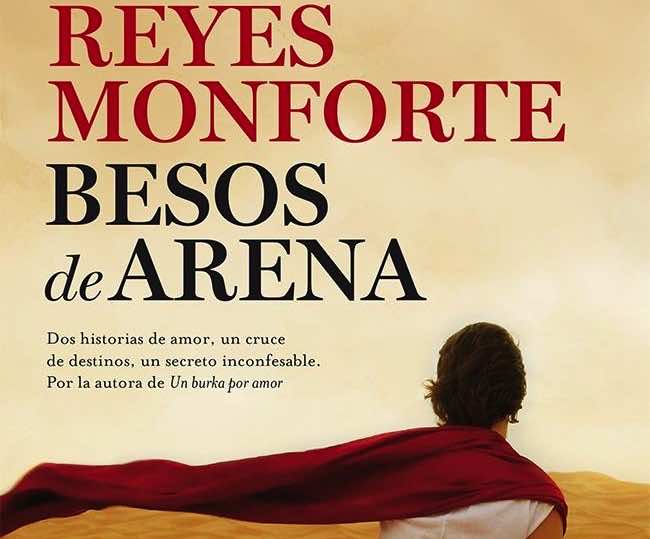 By
Jamal Saidi
-
Jamal Saidi is an English teacher.
Dec 3, 2013
Spread the love

Casablanca – Reyes Monfrte, Spanish writer and journalist, has recently released a novel based on real events depicting slavery and appalling living conditions of the Saharawis living in Tindouf camps.

The 414-pages novel notably depicts the suffering endured by dark skinned girls in Tindouf’s Polisario camps, where practices of slavery are still ongoing.

“BESOS de ARENA” tells the story of a young Saharwi woman who was subjected to slavery practices as a little girl. Her “masters” in Tindouf camps changed her origin name from Noah to Laia, just as they tragically altered her innocent childhood.

The writer recalls the bad memories of Laia when she had to spend numerous nights in the open air tied with a rope for the simple reason that she couldn’t finish her daily chores.

Laia’s early life reflects a story of a girl whose rights to childhood are cruelly violated, the simplest of which is the right to rest and leisure, to engage in play and recreational activities appropriate to the age of the child, as stated by the international Convention on the rights of the child.

The main character’s testimonies went so far as to mirror the miserable living conditions of thousands of Saharawis inside what can be described as one of the largest open-air prisons in the world.

Yet, the work is not the first of its kind. Violeta Ayala and Daniel Fallshaw filmed a controversial documentary in the Tindouf camps, exposing slave trade and depicting scenes of little girls offered for sale and subsequently tortured.

Human Rights Watch showed at the time concerns over the facts revealed through the film.

“In 2007 two Australian documentary filmmakers who had been filming in the camps stated that they had found evidence that dark-skinned refugees in the camps were victims of ongoing, traditional practices of slavery,” said the human rights watchdog.

“These inhuman practices have been criticized by international NGOs,” the author of  “Besos de Arena”  told Argentina’s Telam  press agency.

She went on to explain that in the past people indulged “in trafficking in exchange for camels or settling a debt, but now many women are subjected to  this tradition without asking anything in return.” Reyes Monforte added that “women are also bartered for goods.”

Slavery is still a common practice in the camps, condemned by both Amnesty International and Human Rights Watch.

HRW  highlighted that  “Black-skinned Sahrawis constitute a small minority of the population in the camps. Some members of that minority are “owned” by “white” persons or families.”

Polisario denied its responsibility over the practice, but the reality is in sharp contrast with the Front’s allegations, given the fact that a “slave” woman cannot marry without the consent of her “owner.” According to HRW, a religious  judge or “qadi” will decline to perform the marriage in case a “master”  doesn’t approve of it.

Slavery practices will continue to take place in the camps run by Polisario, just as human conscience will go on condemning unjust inhuman practices around the world, including Tindouf.