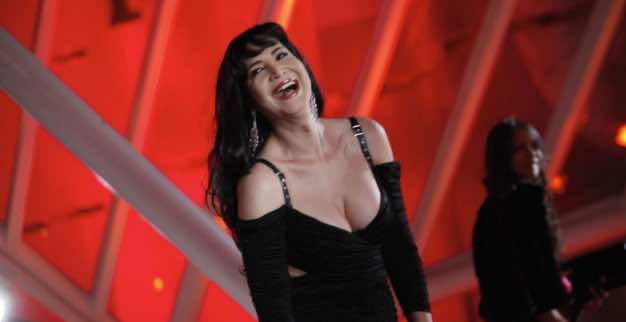 By
youssef sourgo
-
Youssef Sourgo is currently a Master’s student in Linguistic and Literary studies at Ain Chok Faculty of Letters and Humanities.
Dec 4, 2013

Casablanca- Among the number of celebrities who walked on the red carpet of this year’s edition of the Marrakech International Film Festival is Noor, the controversial Moroccan dancer, model and actress.

Noor rocked a sensational black garment that lured camera flashlights to her as soon as she stepped on the red carpet.

For those who do not know the story of Noor, she was born in 1970 in Agadir, and was named Noureddine. Yes, Noor was a man before she decided to transition to the other gender.

Earlier, Noureddine was a high school male student who had an ambition for becoming an athlete. He, therefore, participated in the national championship of athletics and earned an easy gold medal at the age of 15.

“I used to effortlessly race and jump over obstacles because I had long legs,” a reminiscing Noor was quoted as saying by Moroccan Magazine Telquel.

Later on, the androgynous boy developed passion for dancing. He used to seize any opportunity to secretly dance to the oriental music played during weddings.

Once he turned 18, Noureddine flew to Europe, first to Spain, then to France, where his life radically changed.

Noureddine detached himself from his boyish past to morph into Noor, a woman with new passions and new areas of interest. From a predilection for athleticism, Noor radically shifted to an interest in glamour, fashion and dance.

Back in Morocco, Noor launches her own fashion brand and resume interest in oriental dance taking classes offered by the most competent choreographers.

“Today, those who used to see me as an egregious person are now inviting me to the weddings of their sons and daughters,” Noor was quoted as saying by Telquel.

According to Telquel, Noor underwent a series of plastic surgeries to morph her body from that of a boy into her current body, one that magnetically lured all attention to her as she posed for photos on the red carpet of this year’s Marrakech International Festival.

Today, Noor has entered the sphere of motherhood by adopting a little girl.