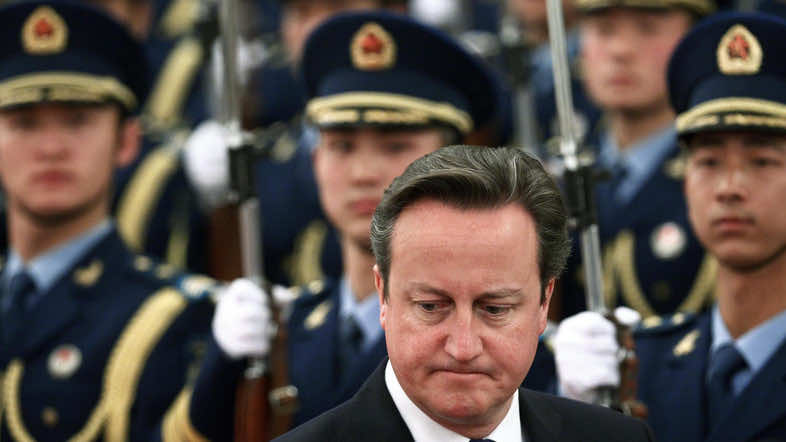 Cameron’s remarks came amid the ongoing trial of two men charged with the murder of soldier Lee Rigby on a busy London street last May. A court heard that one of them said it was an “eye for an eye” and revenge for what they considered to be Britain’s wars against Muslims, according to Reuters news agency.

Both men have pleaded not guilty.

“This summer we saw events that shocked the nation,” Cameron, who is in China on a trade trip, told reporters.

“These tragedies were a wakeup call for government and wider society to take action to confront extremism in all its forms, whether in our communities, schools, prisons, Islamic centers or universities.”

“Islamist extremism” would, for the first time, be classified as a distinct ideology to guard against it being confused with traditional religious practice, he said.

Britain, home to around 2.7 million Muslims, will aim to tackle violent ideologies that claim Islamic justification but by doing so in a way that does not alienate the Muslim population, Cameron said.

The new definition would make it clear that “Islamist extremism” was a distorted interpretation of Islam that betrayed the religion’s principles and tried to sow division.

“There are just too many people who have been radicalized at Islamic centers, who have been in contact with extremist preachers, who have come across material on the Internet who haven’t been sufficiently challenged,” Cameron said.

“I want to see an end to hate preaching in Britain.”

As part of the plans, the prime minister said he would implement recommendations he had received from a task force he set up after Rigby’s murder.

Britain will also draw on techniques it has used to fight online pornography to make it easier for people to report material deemed extremist and work with Internet providers to create filters to allow people to block such content.