French President Francois Hollande revealed on Wednesday he was hospitalised in February 2011 to be treated for a benign enlargement of the prostate. 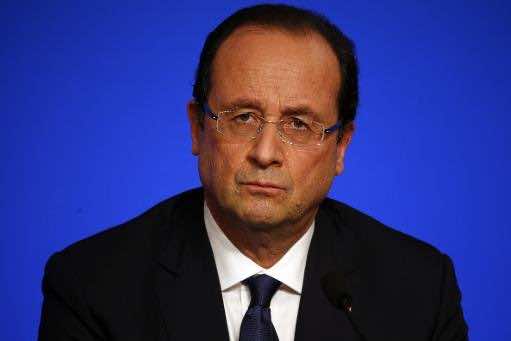 French President Francois Hollande revealed on Wednesday he was hospitalised in February 2011 to be treated for a benign enlargement of the prostate.

“The president of the republic Francois Hollande confirms that in February 2011, he was hospitalised for a few days in a urology service at Cochin hospital for a benign prostatic hypertrophy,” the presidency said in a statement.

The statement said “no medical follow-up was deemed necessary after the operation,” which took place the year before his election.

The health of presidents is a sensitive subject in France.

Georges Pompidou died in 1974 while still in office, having hidden the fact he was suffering from cancer.

Francois Mitterrand covered up his prostate cancer for years, and his successor Jacques Chirac suffered a stroke in 2005, three years after he was re-elected as president.

But the presidency said two positive health checks had been made available to the public since Hollande came to power last year, in June 2012 and March 2013.

According to the website of Britain’s National Health Service, benign prostatic hypertrophy, or prostate enlargement, is a common condition that affects older men. It is usually not a serious threat to health.