Cairo- Famous Egyptian actress Ghada Abdel Razek has attacked renowned Islamic scholar Yusuf al-Qaradawi, calling him a “terrorist” after he decided to resign from the governing body of al-Azhar University, which he accused of supporting the military-backed authorities. 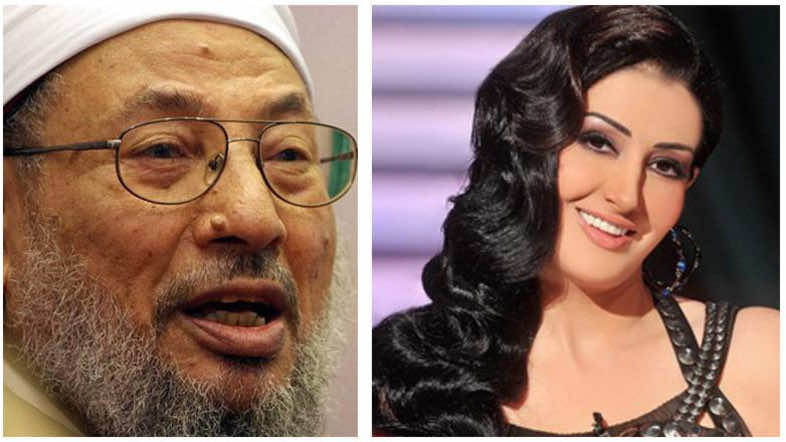 Cairo- Famous Egyptian actress Ghada Abdel Razek has attacked renowned Islamic scholar Yusuf al-Qaradawi, calling him a “terrorist” after he decided to resign from the governing body of al-Azhar University, which he accused of supporting the military-backed authorities.

Abdel Razik posted a picture of Qaradawi on her Instagram account with a comment that said: “The terrorist incites the killing of Egyptian people and he does not hold the Egyptian citizenship. He holds the Qatari citizenship …someone needs to tell him you are a #traitor #traitor #traitor.”

Abdel Razek, who was recently named the best Arab actress at the Murex D’Or Awards, followed up with another picture of army General Abdel Fattah el-Sisi and a comment that said: “To the very dear…our great army. No one can beat Egypt.”

One instagrm user named @saroonahqtr asked her to remain calm and let Qaradawi and Qatar “burn” their Islamist allies in Egypt, meaning the Muslim Brotherhood.

Another user, @ibrahimalshfay hit back at the Egyptian actress calling her a “prostitute.” “We are in the age of prostitutes who curse scientists,” he wrote.

Many Egyptian artists have shown their support for the military ouster of former Islamist President Mohammad Mursi. They saw the Islamist rule as threatening to work in the media, cinema, and music industry.

Qaradawi, the head of the International Union of Muslim Scholars, has been a staunch supporter of the Muslim Brotherhood and consistently urged Egyptians to rise up against the military-backed rule.

He resides in Qatar and has been stripped of his Egyptian citizenship decades ago.

On Tuesday, he announced on Twitter that he resigned from al-Azhar University, accusing the institution’s Grand Imam Sheikh Ahmed al-Tayyeb, of “abusing the authority of the office to support the military coup.”