Rabat- Moroccan actor Mohamed Khouyi was honored on Tuesday at the 13th edition of the Marrakech Film Festival. 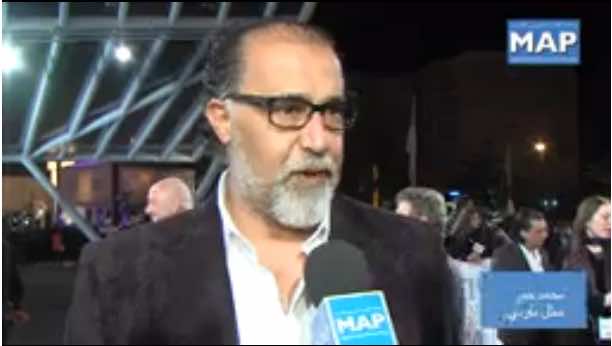 Rabat- Moroccan actor Mohamed Khouyi was honored on Tuesday at the 13th edition of the Marrakech Film Festival.

A vibrant tribute was paid to one of Morocco’s most famous and prolific actors in the presence of a plethora or Moroccan and foreign stars. The golden start of FIFM was handed to Mohamed Khouyi by Moroccan actor Mohamed Bastaoui, who was honored on the occasion of the 12th edition of the festival.

Mohamed Khouyi was among a number of actors who were to be honored during the 13th edition of the festival, including American actress. Sharone Stone, French actress Juliette Binoche, Japanese film director Hirokazu Kore-Ed, and Argentine passionate director Fernando Solanas.

The Festival, which is taking place in Morocco’s foremost touristic destination, kicked off last Friday with a tribute to American actress Sharone Stone.