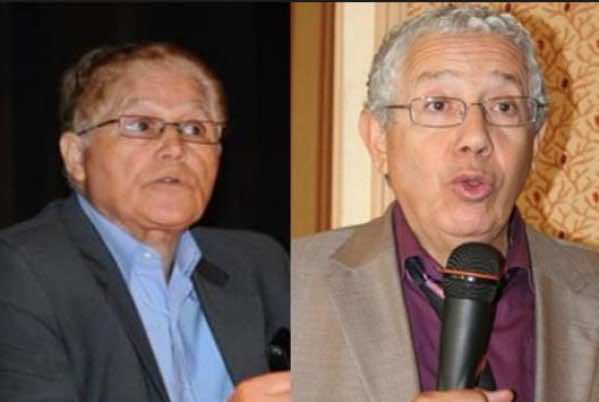 The point of departure of this paper is to call to question the process of language (de)construction in our daily life. Of course, what is deemed as language today used to be a dialect –or less than that a slang- of a specific society. Regardless of the inferiority of dialect to language, the transition is linguistically proven valid and true.

In Morocco, the situation seems to be the case. Another point is contesting the potential outcomes of loaning words from other languages, especially in the public discourse and conversations. As far as language is concerned, two issues are debatable and disputable in the Arab world. First, is language standardisation; second is the appropriation or abrogation of language in both speaking and writing.

Morocco is a multilingual country; Tamazight, the recently and the officially standardized language, is said to be the pioneer language uttered and settled on this territory. Arabic language arrived to Morocco thanks to Islam. The other languages spoken in other places in Morocco are nothing but the debris of the ever-lasting colonialism.

So far Tamazight and Arabic are two officially standardized languages in Morocco. Before, the issue of Tamazight had been disputed. There has been a dogmatic [dis]agreement whether it is a language or just a mere dialect like other Moroccan varieties; in other words, the question was which of the varieties (Tarifit, Tachlhit, Tamazight…) to be officially standardized. Now I think that game is over. Tamazight has become an official language.

Few days ago, Noureddine Ayouch, the Moroccan activist, lodged an opinionated appeal to standardize Moroccan Arabic or what is known is daily life as “Darija”. Empowered by the francophone ideology, Ayouch, the francophone activist, schooled in France, states: “ Arabic is the language of Quraich, of backwardness; it is not the language of Moroccans; so we have to teach our kids using our own Moroccan varieties, say, “Darija” and/or the other dialects.

I think that this is one of the procedures through which any societal phenomenon passes. It is the situation of shock, and then comes hesitation and finally vulgarization or normalization. Ayouch seems to account for his opinion by attributing the miserable situation of the Moroccan educational system to the use of standard Arabic and the teachings of Islam in curriculums, in which standard Arabic is taught to students who ignore it. The reality proves the opposite, however. One day, sooner or later, Ayouch and his “opinion” may celebrate their heyday.

At this level, we have to question this opinion and the potential outcomes of this alleged standardization. What is that standardization for? What has “Darija” advanced and contributed to academic research? How many “Darijas” do we have in Morocco? Which of these to standardize, which not, and why? Is it an appeal to standardize Moroccan Arabic or to Moroccanize standard Arabic? I said sooner or later this dialect, “Darija” will be standardized; for it serves the coming back as well as the main purpose of colonialism: division, disempowerment, mitigation, and civil-war and conflicts.

If it happens that you speak with a Moroccan speaking “Darija”, you will see the duality of language use, say, code switching. He or she shifts from using Moroccan Arabic, “Darija”, to using a few French words. In fact, there are two interpretations of this case. The first, one has to do with the weakness in mastering his or her own language (or dialect) and therefore, for them, the language is not able to convey their messages. The second, and most perilously, is the fact that the speaker postulates that he or she is knowledgeable, prestigious, superior (or rather that the language switched to is superior) by intruding those words.

In fact the case is the converse. The same is noticeable with any speaker of Tamazight varieties. I think that the act of loaning or code switching is not confined to dialects; it trespasses upon the standard Arabic language. If it happens, for instance, that you watch a sports match of football on an Arab Arabic TV, you will discover that the broadcaster loans many words from foreign languages, say, the English language, for example, “DERBY”, “SEMIFINAL”, “PRESSING”, “GOAL”, “EXTRA TIME”, “COACH” and so on. As I said above, these words will be vulgarized and accounted as Arabic words in the future. It is because Arab society, in general, and Morocco, in particular, is the product of the “knowledge” which is offered by “media”.

Of these, we, Ayouch, broadcasters, the media jeopardize standard Arabic language. Arabic is at stake. It suffers within and without. As an Amazigh-speaking man, I do view that Arabic, the language of Quran and Islam, unifies people and peoples all over the world. This kind of appeal of using other varieties in our institutions, schools, daily conversations is nothing but the coming back of the ugly face of colonialism, imperialism, which tore apart- and still tears- the Moroccan community. It is an appeal which is cooked somewhere to be devoured here in Morocco.