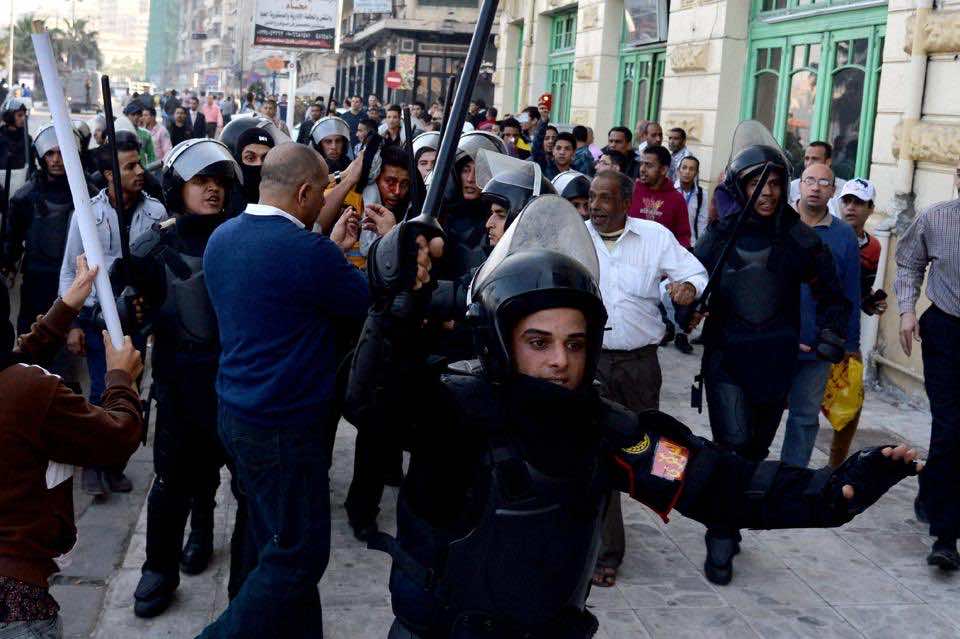 The two, Ahmed Maher and Ahmed Douma, were arrested after Maher’s supporters allegedly scuffled with policemen outside a Cairo court, as Maher handed himself in for questioning on suspicion he had organised an illegal protest.

A third activist would be tried in absentia, the judicial sources said on Thursday.

The activists are charged with assaulting police officers at an illegal protest.

Both Maher and Douma were leading dissidents under toppled dictator Hosni Mubarak, and supported the military’s overthrow of Islamist president Mohamed Morsi in July.

But the passage of a law that bans all but police-authorised protests has angered secular activists who had viewed the military-installed government as a lesser evil compared with Morsi.

Secular activists and rights groups see these arrests as widening of a crackdown on protests by the government, which until now had been targeting Islamist supporters of Morsi.

The crackdown against Morsi’s supporters has left more than 1,000 people killed in recent months and thousands more, mostly Islamists, arrested.