HAMMAMET, Tunisia - A Tunisian rapper who went on the run after receiving a 21-month jail sentence in absentia in August for songs deemed insulting to police was jailed for four months at a retrial Thursday. 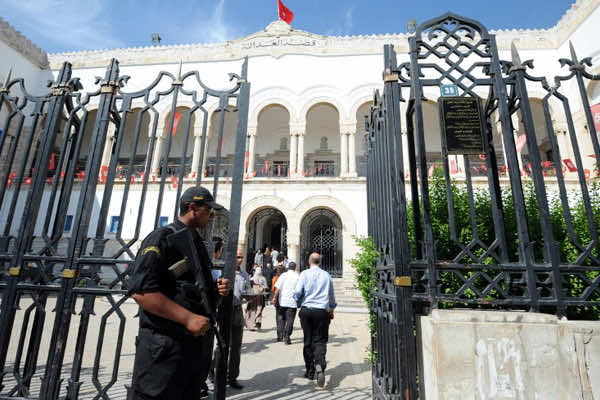 HAMMAMET, Tunisia – A Tunisian rapper who went on the run after receiving a 21-month jail sentence in absentia in August for songs deemed insulting to police was jailed for four months at a retrial Thursday.

Weld El 15, whose real name is Alaa Yacoubi, had surrendered to the authorities at the courthouse for the hearing.

The court found him guilty of affront to public decency and insulting behaviour towards public servants in his songs, and ordered him taken straight to the cells to serve his sentence.

The hearing took place at a court in the town of Hammamet, east of Tunis, where Weld El 15 and fellow rapper Klay BBJ were originally convicted without even being notified of the trial.

Klay BBJ has since been retried twice and was finally acquitted in October, while Weld El 15 had been on the run until Thursday.

“I’m ready for anything, I hope that Tunisia has a justice system and not an injustice system,” the rapper told AFP after turning himself in.

“The revolution took place in the name of freedom of expression,” he said, referring to the popular uprising that ousted veteran strongman Zine El Abidine Ben in January 2011.

“I handed myself in because I can’t spend my life on the run, but I’m not ready to go back to prison.”

Weld El 15 and Klay BBJ were tried for songs they performed together at a concert in Hammamet.

Since an Islamist-led government took power after Tunisia’s 2011 revolution, trials of musicians and journalists have multiplied, sparking charges from human rights groups that the authorities are stifling freedom of expression.

Attempts to reform the Tunisian judiciary and the security forces since the Ben Ali regime fell have largely stalled.