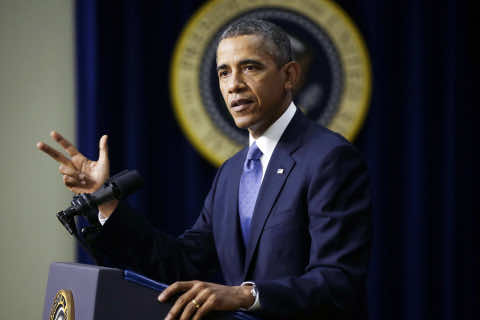 US President Barack Obama speaking at the Center for American Progress (CAP) said on Wednesday that they would take measures against income inequalities in the US, one of which would be to raise the minimum wage which is currently below where it was when Harry Truman was in Office in the 1940s.

Obama states that the US often accepts more income inequality than many other nations, “because we are convinced that America is a place where, even if you’re born with nothing, with a little hard work, you can improve your own situation over time and build something better to leave your kids.”

“But starting in the late ‘70s, this social construct began to unravel. Technology made it easier for companies to do more with less, eliminating certain job occupations. A more competitive world led companies to ship jobs anywhere,  and as good manufacturing jobs automated or headed offshore, workers lost their leverage; jobs paid less and offered fewer benefits,” declared President Obama.

Obama stated that since 1979 the US economy has more than doubled in size, but most of the growth has laned with the fortunate few, “The top 10 percent no longer take in one-third of our income; it now takes half,” he said.

Obama referring to recent studies said that growth is more fragile and recessions are more frequent in countries with greater inequality.

“The opportunity gap in America is now as much about class as it is about race. And that gap is growing. So if we’re going to take on growing inequality and trying to improve upward mobility for all people, we’ve got to move beyond the false notion that this is an issue exclusively of a minority concern. And we have to reject  politics that suggests any effort to address it in a meaningful way somehow pits the interests of a deserving middle class against those of an undeserving poor in search of handouts,” added Obama.