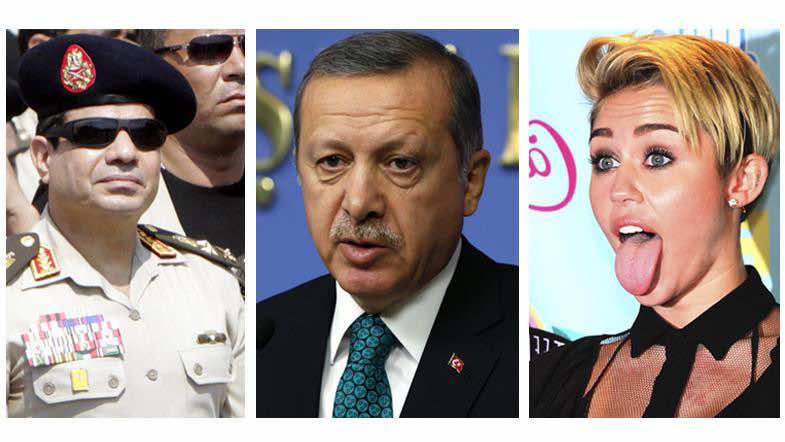 However, the poll is merely a tool to reflect the opinions of internet users, as Time magazine editors make the final decision of who secures the title.

With voting by 1.9 million internet users having closed on Thursday, and the final result due on Friday, it appears that Sisi has comfortably secured victory with 26.2 percent of the vote, followed by Erdogan at 20.8 percent and Cyrus at 16.3 percent.

But does Sisi’s high rank in the poll – which accepted votes from web users worldwide – translate to real popularity?

“You would have to be fairly politically savvy to pick either of those names,” Tina Richardson, lecturer in media studies at Middlesex University’s Dubai branch told Al Arabiya News.

It is not clear what the poll results indicate, due to the lack of being able to determine the demographics of the poll’s participants, Richardson added.

“Who’s actually busy on the Time Facebook page and engaging with the magazine through social media? It’s probably not their everyday reader,” she added.

The penetration of internet usage and social media usage is very high in the Middle East, enough to swing the poll’s results towards Egyptian and Turkish political figures, the lecturer said.

Since the Person of the Year – originally called “Man of the Year” – selection process began in 1927, individuals such as Mahatma Ghandi, Adolf Hitler and,  most recently, Barack Obama have been nominated.