CAIRO- Egypt's Salafist Al-Nur party said Thursday it will rally supporters to vote for a new draft constitution in a referendum fiercely opposed by the Muslim Brotherhood. 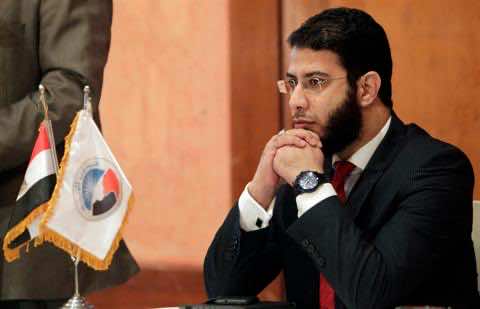 CAIRO- Egypt’s Salafist Al-Nur party said Thursday it will rally supporters to vote for a new draft constitution in a referendum fiercely opposed by the Muslim Brotherhood.

“It is an amended constitution. Generally speaking, the final result is acceptable for us,” said Nader Bakkar, spokesman for Al-Nur, which had a representative on the panel that drafted the constitution.

“We are going to campaign” in favour of it, he told AFP.

The ultra-conservative party had broken ranks with other Islamist groups to support the military’s overthrow of president Mohamed Morsi in July.

The military had suspended the previous constitution, passed by an Islamist-dominated panel during Morsi’s year in power, before it toppled the president.

A senior member of the Muslim Brotherhood, to which Morsi belonged, told AFP the movement had yet to decide whether to call for a “No” vote or boycott the referendum.

A 50-member panel drafted the constitution and handed it to interim president Adly Mansour on Tuesday.

Mansour has a month to hold the referendum which is billed as the first stage the “democratic transition” promised by the military-installed rulers.

A statement by the Anti-Coup Alliance led by the Brotherhood said it “rejects as a total waste of billions of Egyptian pounds a potentially rigged and certainly unconstitutional referendum to rubber stamp the country’s most important document”.

Egypt’s Islamists were divided even on the ouster of Morsi — the country’s first democratically elected president — with Al-Nur backing the military in deposing him on July 3 along with Christian and Muslim religious institutions.

Morsi’s supporters have been staging near-daily protests against his ouster despite a crackdown in which more than 1,000 people, most of them Islamists, have been killed and thousands arrested.

The draft constitution has retained powers and privileges of the military, including allowing it to prosecute civilians in certain cases despite stiff opposition from secular activists who spearheaded the 2011 revolt against Hosni Mubarak.