PARIS- French judges have opened a corruption probe into oil group Total's activities in Libya when it was still under the dictatorship of Moamer Kadhafi, judicial sources revealed on Thursday. 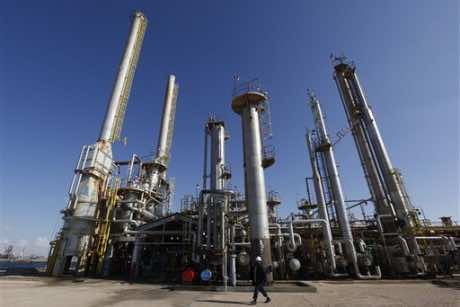 PARIS- French judges have opened a corruption probe into oil group Total’s activities in Libya when it was still under the dictatorship of Moamer Kadhafi, judicial sources revealed on Thursday.

Investigators suspect that a September 2009 payment of $9.8 million (6.9 million euros) Total made to the Liechtenstein-based North Global Oil and Gas Company (NGOC) was a first downpayment on what was planned as a much bigger kickback to an official or officials in the Kadhafi regime.

They believe that NGOC was controlled by Ziad Takieddine, a controversial Franco-Lebanese businessman who had close links to the regime.

At the time of the payment, Total was attempting to secure the rights to a major gasfield. The negotiations were never concluded and finally abandoned when Libya descended into civil war in 2011.

The Liechtenstein firm allegedly wanted to eventually transfer $70 million to Ormerod, a company set up in the British Virgin Islands in 2008 and controlled by a Libyan with Belize and Canadian passports. That man has been identified by the investigators as a former senior official in ODAC, a Libyan public body whose assets were briefly frozen by the European Union after Kadhafi’s fall from power.

Takieddine is implicated in several political scandals France and has been charged with corruption in the so-called Karachi scandal in which he allegedly
received kickbacks on a 1994 arms deal with Pakistan.

He is also suspected of acting as an intermediary between French former president Nicolas Sarkozy and Khadafi and has accused Sarkozy of accepting funding for his successful 2007 election campaign from the late Libyan dictator.