CAIRO- An Egyptian prosecutor on Friday ordered the detention for two weeks of a Coptic Christian activist and journalist arrested on suspicion of inciting religious strife, state media reported. 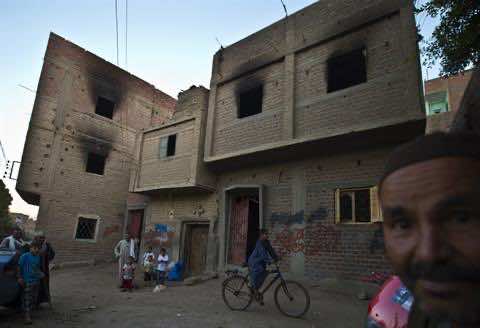 CAIRO- An Egyptian prosecutor on Friday ordered the detention for two weeks of a Coptic Christian activist and journalist arrested on suspicion of inciting religious strife, state media reported.

Bishoy Armia, a convert to Christianity, made headlines in 2008 when he lobbied to have his religion changed from Islam on his national identification card.

He was reported to have been working for a US-based Christian television station when he was arrested last week in the southern province of Minya.

A prosecutor there ordered him detained for 15 days for questioning on suspicion of inciting “chaos and sectarian strife”, the official MENA news agency reported.

He is also suspected of “transmitting a false image of persecution of Egypt’s Copts”.

Dozens of churches and Christian properties were attacked and torched by Islamists who accused the minority of supporting Morsi’s overthrow by the military.

Copts make up between six and 10 percent of Egypt’s 85 million people, and dozens have been killed in recent years in sectarian attacks and clashes.