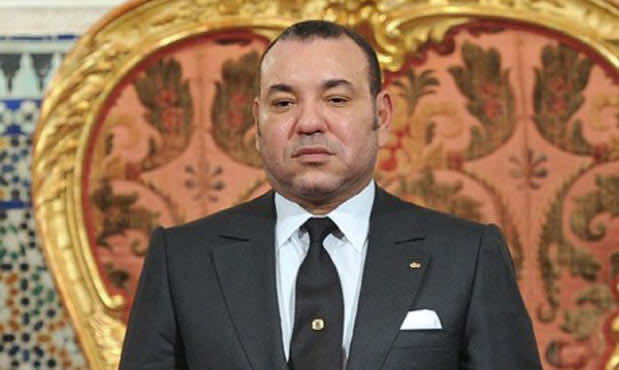 Paris – King Mohammed VI sent a message to participants in the Elysée Summit on peace and security in Africa, held in Paris on December 6-7, 2013), and which was read out by Head of Government Abdelilah Benkirane.

Here follows the full text of the message:

Praise be to God May peace and blessings be upon the Prophet, His Kith and Kin

– Distinguished Heads of State and Government,

I should like, first, to express my sincere thanks to His Excellency Mr. François Hollande, the President of the French Republic, for convening this important Summit.

Considering the relevance of the themes to be addressed and the particular juncture in which it is being held, this Summit confirms the new direction we all wish to give our Forum.

Indeed, over the years, the issues on our Forum’s agenda have become more diverse, our Summit’s membership has been expanded and we have gradually engaged in more in-depth debates.

We cannot but welcome the fact that our Forum, which is based on strong historical ties and rich, long-established relations between Africa and France, is embracing a dynamic trend designed to ensure adjustment to profound changes and international requirements, as well as to respond to Africa’s challenges and make the most of the opportunities offered on the continent.

In a global environment marked by a series of acute economic, financial and demographic crises, Africa stands for hope.  Building on real opportunities and constructive dynamic trends, the continent is consolidating reforms, modernizing its economy, renewing its elite and confirming its active involvement in a globalized world. It is also making an increasingly important contribution to global governance.

Yet, despite the significant efforts made and the tangible results obtained, our continent is still struggling to fully achieve its human development potential, as well as economic progress and lasting stability.

Given the many challenges faced and the numerous threats to the stability of African countries, there is a need today, more than ever, for a comprehensive, consistent approach that combines security measures, the achievement of human development and the preservation of one’s cultural and spiritual identity.

In the area of security, the primary responsibility for the design, implementation and evaluation of instruments and measures relating to conflict prevention, crisis management, maintenance of peace and post-conflict reconstruction should lie with Africans and African sub-regional organizations.

The approaches based on the exclusion of others, just like the measures premised on short-term considerations and selfish ulterior motives, have shown their limits as well as their inefficiency. In fact, they have proved to be counter-productive as far as results are concerned.

The complex, transnational nature of the challenges facing the continent today requires enhanced interregional cooperation as well as a suitable and effective contribution from international partners.

The concerted, effective action in Mali is a case in point.

In this regard, I wish to applaud the courageous and decisive intervention of France and President François Hollande in Mali – an intervention which was reinforced by the active involvement of many African countries as well as ECOWAS, the aim being to defeat the terrorist threat and restore Mali’s sovereignty over its entire territory. The same approach should be pursued throughout the post-conflict reconstruction stages.

It should be noted that the same spirit prevailed during the Rabat Conference on border security in North Africa and in the Sahel and Saharan countries, held in November 2013.  As a result, a common political vision was developed and an operational action plan adopted.

The surge in piracy in the Gulf of Guinea is also proving to be an increasingly alarming threat. In order to tackle piracy, our action should draw on the experience gained in the Horn of Africa and rely on the relevant recommendations of the Yaoundé Summit which was devoted to this scourge.

More broadly, the Conference of African States Bordering the Atlantic Ocean, whose Secretariat is in Morocco, can serve as a platform for cooperation and consultation with a view to charting a common strategy to preserve the safety of navigation along the entire African Atlantic coast. As well as piracy, this coast has been seriously affected by growing drug trafficking from South America.

In addition to these measures in the security field, it is important to show the same determination and commitment to boost cooperation for the achievement of economic progress and sustainable human development on the African continent.

Indeed, there can be no lasting peace and stability without equitable, inclusive human development. Addressing the issue of stability from the sole standpoint of military and security considerations might lead to serious risks of reversibility.

In this regard, and notwithstanding the efforts made to upgrade the institutional and legal framework, Africa is still on the sidelines of the global trade and investment dynamic.

Synergies are needed between the proactive measures taken at African level, and a sustained, substantial commitment from the international community.

To this end, I have made sure Africa is at the heart of Morocco’s foreign policy. This is a natural, well-thought-out, strategic decision designed to promote solidarity-based South-South and triangular cooperation, through which concrete projects are implemented for the good of several African countries.

These tangible programs benefit the poorest segments of the population in such key areas as education, training, water resource management, agriculture, the fisheries, access to electricity and healthcare.

At the same time, various public/private partnerships have been created and significant investment projects successfully carried out in several African countries in the areas of finance and banking, insurance, telecommunications, infrastructure, mining, urban development and social housing. Morocco has thus become the first African investor in the West African region, and the second most important investor in Africa.

Needless to say, these development efforts should take into account environmental considerations and issues as well as the question of climate change.

However, Africa should not have to choose between economic growth and environmental preservation.

In view of the above, sustainable development should be the cornerstone of our countries’ public policy. This is not simply because of the urgent need to preserve ecological balances – which have become more fragile – but also because of the greater potential for growth offered by the green economy.

Any constructive cooperation in this field should be based on the equitable principle of common but differentiated responsibility, and take into consideration the need to support Africa as it undertakes a costly adjustment to the requirements of the green economy.

In this respect, I hope the 21st Conference of the Parties to the UN Framework Convention on Climate Change, to be held in Paris in 2015, will make substantive progress and take into account the needs and expectations of Africa.

The third pillar of any strategy for lasting stability in Africa concerns the preservation of the spiritual and cultural identity.

It is important, in the Sahel and Sahara region, to effectively confront violent manifestations of extremism and obscurantism. It is just as important to address those manifestations upstream, seeking their immaterial root causes as well as their so-called spiritual frame of reference.

Indeed, the preservation of peace, stability and security in the region hinges on the protection of the cultural identity as well as the religious precepts and principles which have made it possible for the populations concerned to live in harmony for centuries.

Building on its time-honored spiritual bonds with the countries of the Sahel, on the Commandership of the Faithful and on its successful reform of the religious domain, Morocco has sought to protect and promote the moderate, open, tolerant Sunni Islam which has long existed in the region.

In this respect, the training of 500 Malian Imams in Morocco has started. The course adheres strictly to the middle-of-the-road precepts of the Maliki rite we have in common.

In addition to the above, it is important to promote open, inclusive regional and local governance approaches that safeguard and encourage the cultural distinctiveness of local populations, while making sure the territorial integrity and national unity of states are preserved.

The implementation of any strategy for lasting stability in Africa should be based on the essential role to be carried out by sub-regional organizations.

These organizations should be key players in any plan of action which might stem from our discussions. They should be the cornerstone of any strategy for the promotion of stability and development on the continent, provide the framework for any economic integration endeavor, and serve as a platform for coordination of our action as we take up climate change and sustainable development challenges.

Thus, the role of African regional organizations deserves greater recognition and support. As pillars of the desired African integration, these organizations constitute the right framework for effectively addressing the crises that are specific to each one of our sub-regions.

In this regard, we welcome the decisive action undertaken in Mali by ECOWAS and encourage that of ECCAS in the Central African Republic, in conjunction with France and the United Nations Organization.

It is in this context that Morocco has been trying to give fresh momentum to the Arab Maghreb Union, to give a new direction to CEN-SAD and to promote interregional cooperation, particularly with ECOWAS and CEMAC.

Strategies for the promotion of stability and development will have no meaning, scope or legitimacy unless they seek to achieve the well-being of the people.

The partnership we wish to forge together requires a proactive approach to facilitate the mobility and free movement of people.

Often a source of human suffering and insecurity, the migration phenomenon calls for a new approach based on a proactive, considerate and humanistic policy, which also takes security imperatives into account.

As early as 2006, the Euro-African Conference on Migration and Development, which was held in Rabat, emphasized the need to implement a comprehensive, integrated strategy that promotes the fluidity of legal migration, combats the networks of human trafficking and fosters a policy of shared development.

Initially an origin and transit country, the Kingdom of Morocco has, in recent years, become a favorite destination for many illegal migrants from sub-Saharan Africa. Guided by a spirit of solidarity, and consistent with a longstanding tradition of hospitality, Morocco has recently adopted a new migration policy.

In full compliance with its international commitments, Morocco has decided to implement a national policy which is unprecedented in the region. It is based on a humanistic approach, on responsible procedures and on full respect for the fundamental human rights of migrants and refugees.

The obvious support for this Initiative, particularly from African and European parties, is heart-warming. I wish, in this regard, to reiterate the Moroccan proposal to create, on the above-mentioned basis, an “African Alliance for Migration and Development”. This alliance would serve as a rallying platform to address the risks associated with illegal migration, highlight the real opportunities for legal immigration and for the shared development we need, and underscore the common responsibility to be shouldered in this respect by Europe and Africa.

A land of opportunity and challenge, and a rapidly growing continent, Africa is actively nurturing its relationship with France on new foundations. Guided by shared interests, Africa is looking to the future.

I am convinced that as we join efforts and expand our dialogue, we will contribute to enhancing peace and freedom while promoting sustainable human development.

Beyond its inherent merits, the African-French platform which will emerge from the Elysée Summit will serve our action in other international forums as well. 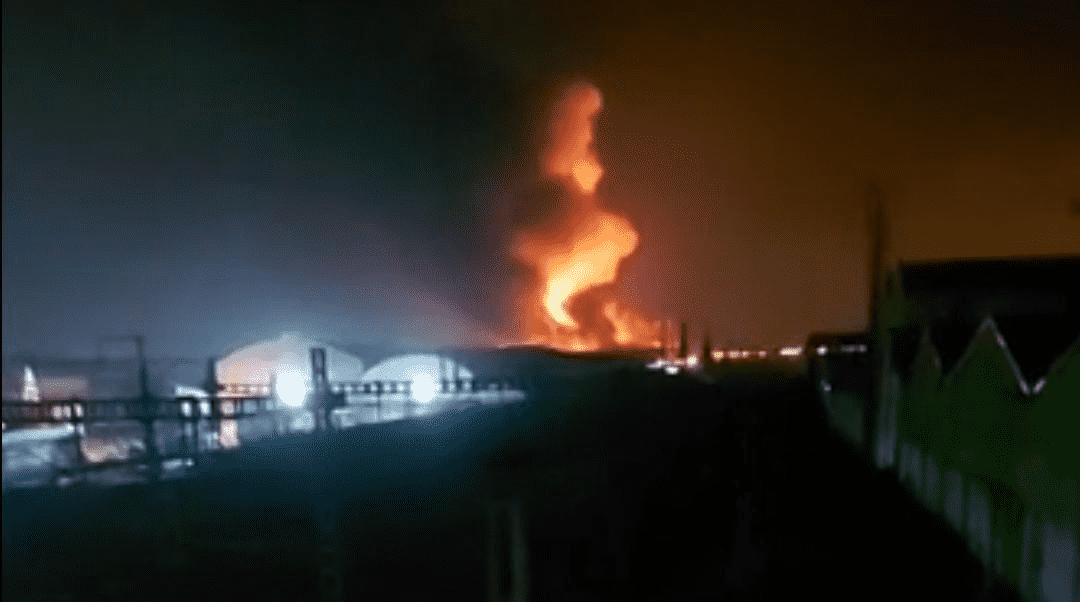