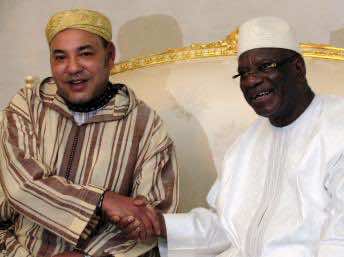 The Malian President who left his country on Monday for a tour in Europe, made his trip onboard a Moroccan plane made at his disposal by King Mohammed VI.

After the France- Africa summit, which is taking place in Paris on 6-7 December, Boubaker Keita is due to visit Germany and Belgium.

According to the same source, Mohammed VI’s move is a “good news for the Malian public treasury, whhich was obliged to take charge of renting a private jet from the company Afrijet to ensure the trips of the head of state.”