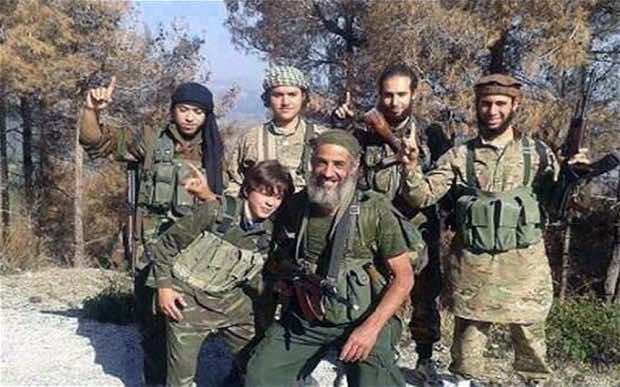 By
Larbi Arbaoui
-
Dedicated free-lance journalist with three years of experience as a news correspondent, translator, and editor.
Dec 6, 2013

Taroudant, Morocco- According to the Telegraph, a Moroccan family joined the Syria’s Islamist rebel group to fight against Bashar al Assad regime.

The father Ahmed al-Sha’ara took all his five sons to Syria to join up with forces fighting President Bashar al-Assad.

The Telegraph said that the youngest of Al-Sha’ara’s sons is Ossama and is only 13 years old.

With the death and destruction that are increasing in Syria, it seems that the Syrian regime and the rebel forces are way off peace.

According to Aljazeera, the head of the Free Syrian Army (FSA) Salim Idriss said that his opposition forces would not join any planned peace talk if it doesn’t clearly includes the resignation of Syrian President Bashar al-Assad.

However, the Syrian government officials have insisted that Assad would not step down and may even run for another term in presidential elections scheduled in mid-2014.

Father Tortures and Kills his Daughter in Northwest Morocco