NAIROBI- Kenya joins the world in mourning former SA president who died at 95. 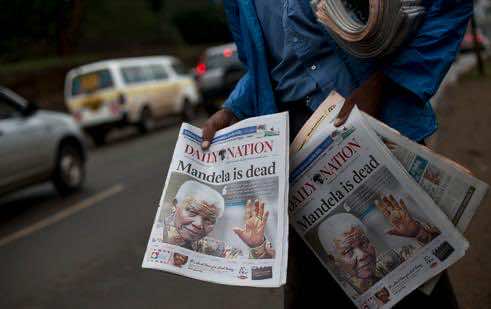 NAIROBI– Kenya joins the world in mourning former SA president who died at 95.

“He believed in the noble principles of equity, justice, cohesiveness and inclusiveness in governance. He had faith and confidence in the ability of his people to realize the dream of a free, united and prosperous South Africa,” said Uhuru in a national address.

Saying his courage to confront apartheid transcended across the world and propelled the fight against colonialism and discrimination, the President put emphasis on his firm character of leadership and added “he bequeathed us the understanding that we can and should unconditionally forgive those who wrong us. He was a firm believer that reconciliation is an imperative and is possible”.