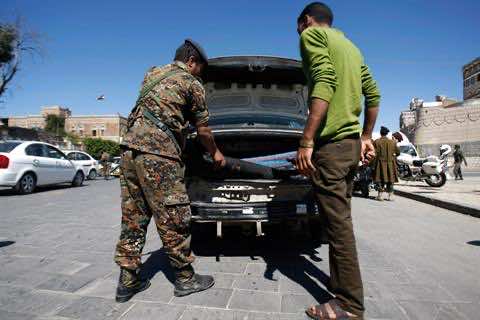 Colonel Saddam Hussein, head of security operations at the presidential palace in Taizz, was gunned down in the central Yemeni province by unidentified gunmen, a military source said.

He said Hussein was refilling his car at a petrol station in Ta’izz when the gunmen shot him down before fleeing the scene, Elsewhere in the country, Abdullah Daif, a senior officer in the emergency police department, was shot dead in the central Yemeni province of Al-Bayda.

The official was ambushed by gunmen on a road in the province. Yemen has been in a state of security chaos since the ouster of long-serving president Ali Abdullah Saleh in 2012. Yemeni officials blame Qaeda-linked militants for most attacks in the country.