JOHANNESBURG- Moses Mudzwiti - Former South African president Nelson Mandela will be buried with at least one blanket and a straw sleeping mat if the traditions of his Xhosa tribe are to be followed. Mandela, also known by his clan name Madiba, died on Thursday at the age of 95 at his Houghton home in Johannesburg. 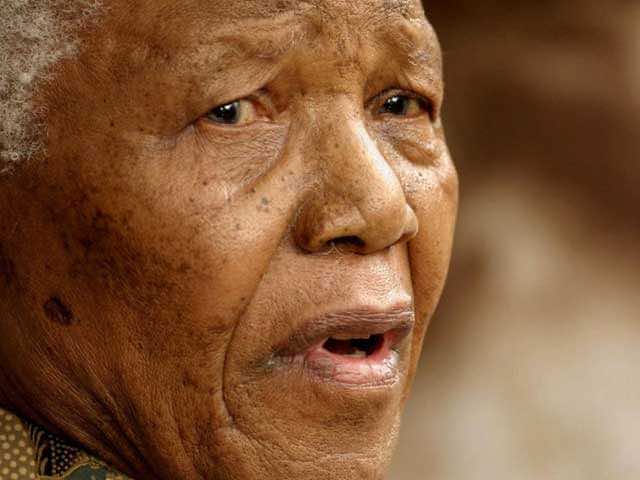 JOHANNESBURG- Moses Mudzwiti – Former South African president Nelson Mandela will be buried with at least one blanket and a straw sleeping mat if the traditions of his Xhosa tribe are to be followed. Mandela, also known by his clan name Madiba, died on Thursday at the age of 95 at his Houghton home in Johannesburg.

The former statesman, who was a Xhosa prince, will be buried at his ancestral home in Qunu village, in the Eastern Cape, on Sunday 15 December. Although President Jacob Zuma has announced that Mandela will be accorded a state funeral on December 15, traditional leaders, including Mandela’s grandson – a Xhosa chief – were meeting in Qunu to discuss traditional burial rituals.

Xhosa elder Soya Magida, a tribal elder from Kumaya village in Eastern Cape, explained to Anadolu Agency in an exclusive phone interview on Sunday the tribe’s funeral and burial traditions. He asserted that a person of Mandela’s stature would be accorded several traditional rites leading up to his.

According to Xhosa tradition, Magida explained, Mandela’s body would have to be brought to his Qunu home the night before the burial. “Only Xhosa chiefs will spend the night in the room where the body will be kept,” the Xhosa elder told AA. He added that on the morning of the burial day traditional leaders would perform some secretive rituals at the grave site. Magida asserted that even if Mandela was buried in a casket other items would accompany him.

“For example, in our tradition a man is buried with the blanket he received as a boy after he was circumcised and confirmed as a man,” he explained. Mandela was circumcised in 1934 and it remains unclear if he had kept his blanket for all those years, especially that he had spent 27 behind bars for his role in fighting the apartheid regime.

Magida said in some cases Xhosa men were also buried with a second blanket which they had been using to cover themselves during traditional ceremonies. “They will also put his traditional sleeping mat in the grave,” added the tribal elder. Mandela’s grandson Mandla will be expected to play a leading role in administering any traditional rites that will pave the way for the late statesman to become an ancestor.

“Celebrating his contribution to society will make him smile in his resting place. We look forward to continuing our interaction with him as one of our beloved ancestors,” he has said. Mandela was in line to be a Xhosa chief but his decision to move to Johannesburg, where he got involved in politics, put paid to that privilege. Rather than reclaim his chieftaincy, Mandela suggested that Mandla assume the role of chief, which he did in 2007.