BETHLEHEM– A number of joint projects between the Palestinian and Dutch governments would be established in the Area C in the West Bank, which falls under the control of the Israeli authorities, Palestinian premier Rami Hamdallah has said. 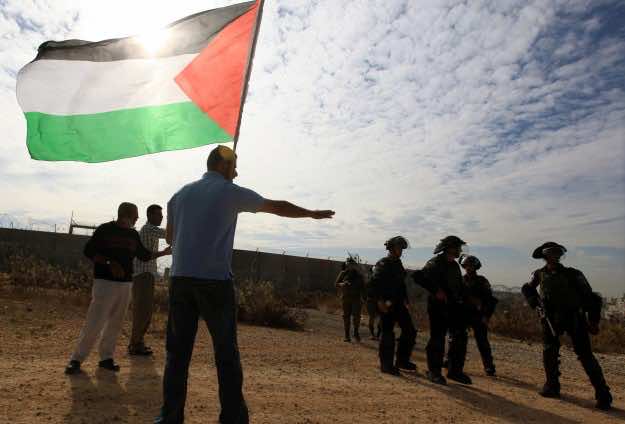 BETHLEHEM– A number of joint projects between the Palestinian and Dutch governments would be established in the Area C in the West Bank, which falls under the control of the Israeli authorities, Palestinian premier Rami Hamdallah has said.

The Palestinian government had asked the Netherlands to put pressure on Israel to prevent it from putting hindrances on the way of the projects, Hamdallah told Anadolu Agency. Hamdallah attended the Dutch-Palestinian Cooperation Forum along with Dutch Prime Minister Mark Rutte in Bethlehem on Saturday.

The forum resulted in agreements between the Palestinian and Dutch governments on projects worth the value of $175 million in the fields of education, agriculture, water, energy, and technology. Under the 1995 Oslo Accord, the Area C, which makes up around 60% of the West Bank, lies under full Israeli civil and security control.

Hamdallah said there are good signs that Israel would not object to the launch of the Palestinian-Dutch projects in the area. “But it is still necessary for us to start an international campaign to retain this area and benefit from its vast natural wealth,” Hamdallah told reporters.

Palestinian Foreign Minister Riyad al-Maliki, meanwhile, said the contribution of the Netherlands in the planned projects would give them some sort of political protection.

“These investments will have a political dimension to them,” al-Maliki said. “This means that Israel will think twice before hampering them,” he added. He expressed hopes that other countries will follow suit in launching projects in the occupied Palestinian territories in the future.