WASHINGTON- Lawyer Robert Kirsch fought tooth and nail for a decade to free his clients from Guantanamo Bay prison, but the forced transfer of the last one to Algeria was bittersweet. 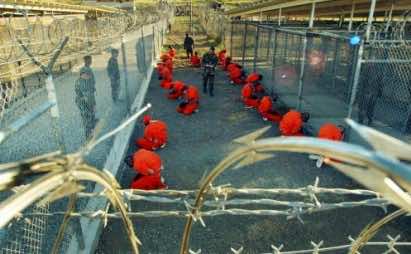 WASHINGTON- Lawyer Robert Kirsch fought tooth and nail for a decade to free his clients from Guantanamo Bay prison, but the forced transfer of the last one to Algeria was bittersweet.

After 12 years behind bars at the US naval base in southern Cuba, Belkacem Bensayah was sent back to Algeria on Thursday, where he fears for his life and no longer has any relatives.

Kirsch expressed “great frustration” and “anger” at the Pentagon’s decision to send Bensayah and another long-held Algerian detainee, Djamel Ameziane, back to their country of origin against their will.

“There was no need to send these men now… they acted in an irresponsible way,” he said, noting that US lawmakers are considering a bill to accelerate the release of men like Bensayah and Ameziane who have been cleared of suspicion.

Bensayah, 51, was the last of Kirsch’s six Guantanamo clients known as the “Algerian Six.” They were arrested in Bosnia in late 2001 and were among the first to arrive when Guantanamo opened in January 2002.

The men were suspected of being tied to a plot targeting the US embassy in Sarajevo.

After they were cleared by a Bosnian police criminal investigation and Algiers refused to take them in, they were transferred to US custody and promptly placed in Guantanamo’s open air cages, which are no longer used.

Kirsch’s law firm WilmerHale supplied a team of lawyers in 2004 to provide pro bono counsel to the men at the urging of human rights groups.

The Supreme Court at the time had just dismissed the George W. Bush administration’s appeal by ruling that US courts have the authority to decide whether foreign nationals were wrongfully held at Guantanamo. The case was called Rasul v. Bush.

Nearly 200 complaints suddenly flooded the federal court system.  It was “like a tennis game, back and forth between Congress and the courts,” Kirsch recalled.

In nine years, he flew to Guantanamo about 40 times to meet with his clients and report on the “inhumane treatment” they say they endured during interrogations.

The methods used, which some have equated with torture, included sleep deprivation, stress positions, icy temperatures and unbearably loud heavy metal music, the lawyer said. They were also detailed in leaked military files.

For three or four months, Bensayah was confined to a windowless box and “thought he was buried in the ground,” said Kirsch, noting his client was diagnosed with post-traumatic stress disorder.

The Supreme Court’s 2008 Boumediene v. Bush ruling — that Guantanamo prisoners had a habeas corpus right to challenge their confinement in court — was Kirsch’s first major success and Bush’s second judicial defeat on the prison.

The case was brought by Lakhdar Boumediene, one of the Algerian Six.

Kirsch later engaged in negotiations in Europe to find a country willing to host his clients.

He traveled to Bosnia three times, since five of his clients had dual Bosnian-Algerian citizenship, and twice to France, gambling on a “grand gesture” by then president Nicolas Sarkozy as a “favor” to Obama.

The six men wanted to avoid Algeria at all costs, fearing for their safety and saying extremists would target them.

Algiers had promised that “no one would be forced back involuntarily,” said Kirsch, who was received about 50 times at the Algerian embassy in Washington.

In nine years, WilmerHale spent nearly $2 million on the “Algerian Six” and estimated the firm’s losses at nearly $30 million from the pro bono work on behalf of the prisoners.

In 2008, the US government dropped its main Sarajevo plot accusation against the group.

Five of the men have been freed — all except Bensayah, who was still suspected of close ties to Abu Zubaydah, an alleged Al-Qaeda leader. The claim was later denied.

Three of Kirsch’s clients were transferred to Bosnia, in December 2008. Boumediene and another, Saber Lahmar, were sent to France in 2009.

Bensayah had asked to be returned to Bosnia, where he was arrested in 2002 and where his Bosnian wife and daughters live, though he was deprived of his citizenship there.

Kirsch had appealed to the US, French, Swiss and Bosnian governments for his transfer to a third country outside Algeria.

A spokesman for Clifford Sloan, the State Department’s special envoy for Guantanamo’s closure, defended the government’s decision to send the men to Algeria, saying their threat fears were unsubstantiated.

“It is our practice to repatriate detainees when this can be done consistent with our security and humane treatment policies,” he said.

But Kirsch said attention returned to Guantanamo after a prisoner hunger strike there.

“Suddenly, we have people transferred against their will,” Kirsch added. “It’s horrible.”