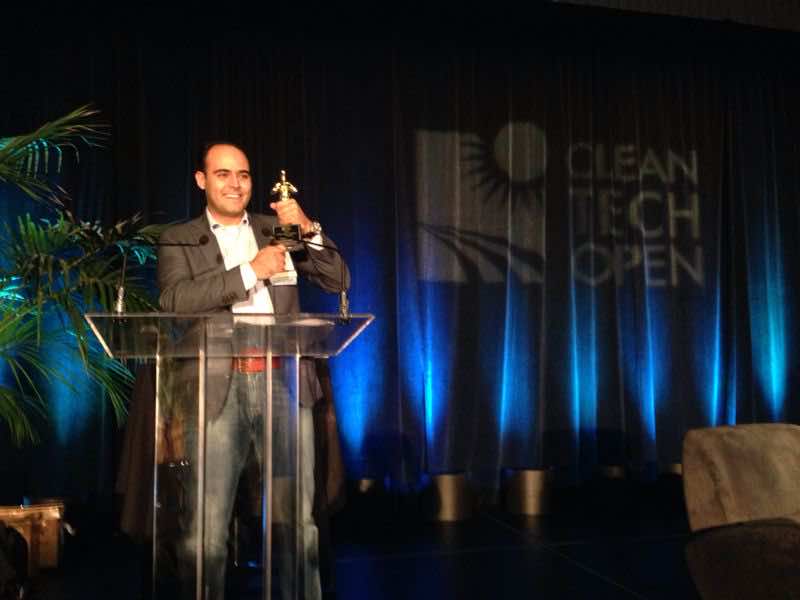 By
youssef sourgo
-
Youssef Sourgo is currently a Master’s student in Linguistic and Literary studies at Ain Chok Faculty of Letters and Humanities.
Dec 9, 2013
Spread the love

Chokri’s Eternal Sun, co-founded by Stefan Roest in 2011, is a company that supplies solar simulator systems that enable efficient testing of solar panels.

“Winning this award is a great testimony for the rapid growth Eternal Sun has achieved in a dynamic and innovative market,” Chokri shares with MWN. “Having received the award in the heart of technology’s capital, Silicon Valley, is a double triumph,” he added.

The company is part of YESDelft, the largest high-tech entrepreneurs centre in Europe.

In Eternal Sun, 30-year-old Chokri Mousaoui is in charge of business development and sales.  His mission consists of increasing the company’s sales pipeline, expanding its business model globally and executing strategic partnerships.

Chokri has also been an active participant in numerous clean energy forums, and is a regular speaker at global industry summits.

He is the oldest son of a Moroccan immigrant family. He attended the European School in Bergen where he obtained his baccalaureate.

Subsequently, Chokri sought to invest his entrepreneurial skills in the realm of innovative technologies. Thus, he attended a Systems Engineering program at Delft University of Technology in the Netherlands. He also obtained a degree from the School of Management at Harbin Institute of Technology in china.

Unsurprisingly, the Global Ideas Award is not the only prize Chokri earned thanks to his creative mind. In 2013, the Dutch national network organization ‘TANS’ awarded Mousaoui as “Talent of the Year.”

The same year, he was also awarded as ‘Best Delegate’ at the Harvard National Model United Nations for his research on the financial policy of China in Sub-Saharan Africa.

According to its official website, the Cleantech Open “is a not-for-profit organization that runs the world’s largest accelerator for cleantech startups.” Their mission “is to find, fund and foster entrepreneurs with big ideas that address today’s most urgent energy, environmental and economic challenges.”