Hollywood has immortalized for post-Christmas release one of the deadliest incidents of the Afghan war: a Navy SEAL operation targeting a Islamist fighter that left 19 American soldiers dead. 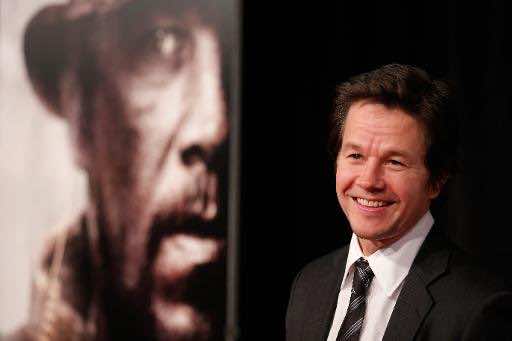 Hollywood has immortalized for post-Christmas release one of the deadliest incidents of the Afghan war: a Navy SEAL operation targeting a Islamist fighter that left 19 American soldiers dead.

“Lone Survivor”, starring Mark Wahlberg and portraying one of the worst military disasters of the 12-year war, is based on a book written by the only Navy SEAL commando to survive the raid.

Marcus Luttrell was the medic assigned to SEAL Team 10 that took part in the June 28 2005 mission in the treacherous mountains of northeastern Kunar province near the Pakistani border.

Directed by Peter Berg, it is a patriotic, fast-action tribute to the bravery of the commandos who took part in Operation Red Wings designed to “neutralize” fighter Ahmad Shah.

It never once challenges the merits of the war, which has killed thousands of soldiers and Afghan civilians, and closes with photographs and home movies of the SEALs who died.

Observers have questioned the veracity of some details, taking issue for example with Shah being called a “high-level Al-Qaeda operative” and “key Taliban leader,” but Berg said he was proud.

“I wanted to look those parents in the eyes,” he told a news conference after a film preview in New York. “I wanted to make Marcus proud and make the family members proud.”

Luttrell, played by Wahlberg, was one of four Navy SEALs ordered on the fatal mission. They decided to abort when their hiding spot was inadvertently discovered by three Afghan goat herders.

The Americans allowed the shepherds to get away and set off on an arduous climb to what they hoped would be safety. Except they walked into a massive bombardment from insurgents.

Three of the SEALs perished on the mountain and Luttrell was badly wounded. Sixteen other Special Forces, including eight SEALs, were killed when their rescue helicopter was shot down.

The injured Luttrell, who managed to escape, was eventually found by an Afghan villager, who at great personal danger took him in until he could be recovered by US troops.

A war movie that doesn’t shy away from the brutality of conflict, “Lone Survivor” focuses on the heroism, comradeship and sense of duty that binds SEALs together on the battlefield.

Shot on location in New Mexico, the film was supported by the US military, which provided two MH-47 Chinooks and two AH-64 Apaches that were used for scenes at the SEALS’ base camp.

It also shows the training and daily regimen of what are some of America’s most elite commandos who took part in the daring raid to kill Al-Qaeda leader Osama bin Laden in Pakistan in 2011.

American public support for the war in Afghanistan has steadily declined, but Berg said he wanted to focus on the soldiers and not the politics.

The film, he said, “gives an audience the chance to acknowledge what these guys are doing” and “divorce themselves from these politicians who are deciding where these guys go”.

Luttrell, who forged a close relationship with both the director and Wahlberg, said he was delighted with the result.

“I’m absolutely overjoyed for what he did. He did a great job,” Luttrell told reporters. “It’s a movie, it’s entertainment. In real life it’s war and there’s not entertainment,” he said.

The Navy SEAL spirit is “forged in chaos, that is how you create a brotherhood through blood, pain and sweat,” he said.

The actors, including Wahlberg, Taylor Kitsch, Eric Bana and Emile Hirsch, speak of the privilege of playing the fallen troops.

They prepared for their roles by spending time with the men’s surviving friends and family. “I don’t like war, but I love soldiers,” said Wahlberg, who is also a producer of the film.

He described Luttrell as a “very, very special individual” who had “inspired me to be a better man”.

Asked if he could ever be a SEAL the 42-year-old, who has forged a solidly successful Hollywood career as both an actor and a producer, was honest.

“I don’t want to sit on the bench, I want to be in the game. But I don’t know, I have no idea,” he said, referring to the highly selective training and psychological fitness of the commandos.

“Lone Survivor” is released by Universal Pictures at selected cinemas on December 27 and goes on general US release January 10.