JOHANNESBURG – Preparations by South African authorities are in full swing as the country – and the world – gears up for a national memorial in honor of late president and liberation hero Nelson Mandela. 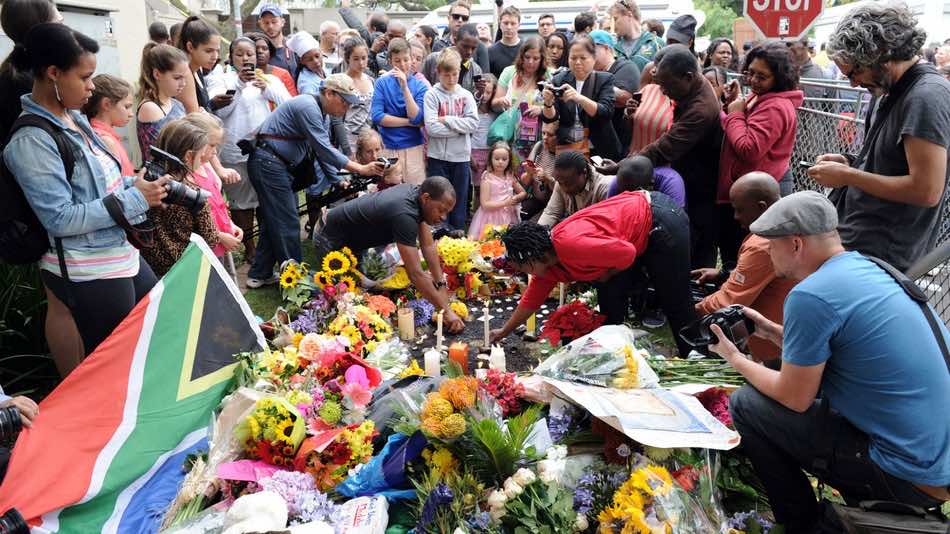 JOHANNESBURG – Preparations by South African authorities are in full swing as the country – and the world – gears up for a national memorial in honor of late president and liberation hero Nelson Mandela.

In Johannesburg, security has been stepped up with numerous police details assigned to secure the 90,000-seat FNB Stadium – the venue for Tuesday’s memorial.

Those wishing to attend the service have been advised to come early, as the stadium’s entrances will be opened five hours before the memorial begins.

No cars will be allowed near the venue, while adjacent roads will be cordoned off.

President Jacob Zuma is expected to address mourners at the four-hour service.

The government has also set up giant television screens at several venues throughout the city so that the public can follow the event, which will be broadcast live.

According to a statement issued by the government, Mandela’s body will not be displayed at the memorial, which is slated to begin at 11am local time.

South Africans will have the opportunity to view Mandela’s body from Wednesday to Friday at the Union Buildings in Pretoria, where the late leader’s body will lie in state ahead of Sunday’s funeral.

Mandela, South Africa’s first black president, died on Thursday at the age of 95.

The iconic leader will be laid to rest on Sunday at his rural home in Qunu village in the Eastern Cape.

The Ministry of International Relations said it was working around the clock to make all necessary arrangements for the host of foreign dignitaries expected to attend the memorial and funeral.

According to Minister in the Presidency Collins Chabane, a number of dignitaries had already arrived.

As part of these arrangements, Mthatha Airport in the Eastern Cape has been dedicated exclusively to the arrival of visiting heads of state.

Dozens of world leaders, including US President Barack Obama and British Prime Minister David Cameron, are expected in South Africa.

It was not immediately clear, however, who would attend Tuesday’s memorial service and who would wait for Sunday’s state funeral.