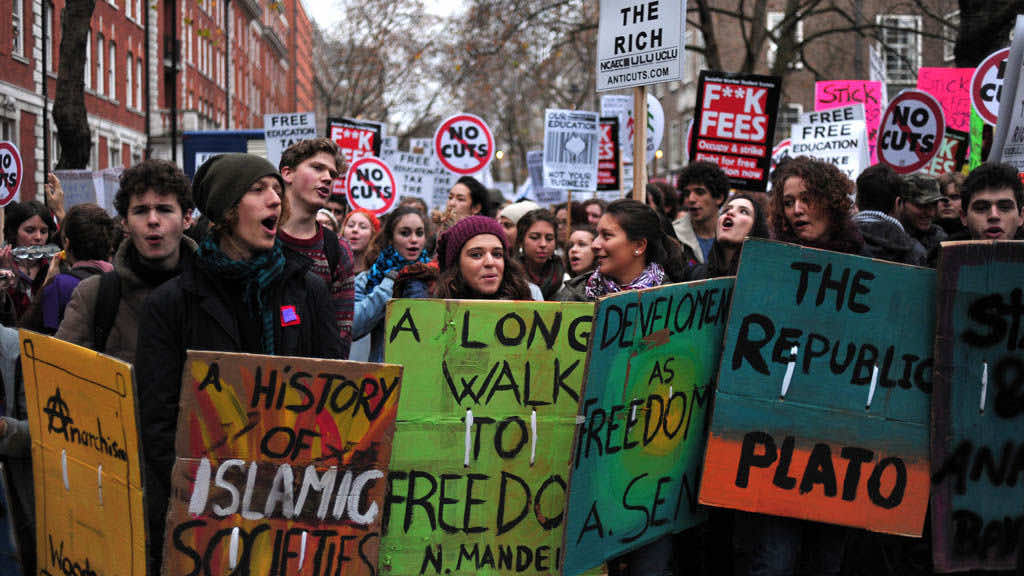 The University of London has obtained a court order banning student protests on its campuses for the next six months after a demonstration against how the university is run resulted in 38 arrests last week.

“This is a regrettable but necessary step that we have taken in order to prevent the type of violent and intimidating behaviour that we have seen by protesters at Senate House recently,” said Chris Cobb, Chief Operating Officer and University Secretary, regarding the injunction.

Police were brought in to break up a sit-in on Wednesday after which students accused the police of assaulting students.

The students’ demands include a halt to privatisation, fair pay for workers and a halt to a controversial plan to close the student union. They are protesting against the way higher education as a whole is controlled they say.

The union outlined their stance, “Occupations are a legitimate form of dissent. When our university exploits our staff, shuts down our student union, and are utterly unaccountable to the students and staff that give it life and make it function, students have no choice but to gain leverage in whatever way they can.”

Speaking to Anadolu Agency, Michael Chessum, president of the University of London Student union said, “I have myself been thrown to the ground and I’ve witnessed widespread violence form the police, including crutches being kicked away from under someone, a lot of swinging punches, and people being beaten to near unconsciousness during their arrest.”

Some 135,090 students (approximately 5% of all UK students) attend one of the University of London’s affiliated schools.