Washington- A nuclear war between India and Pakistan would set off a global famine that could kill two billion people and effectively end human civilization, a study said Tuesday. 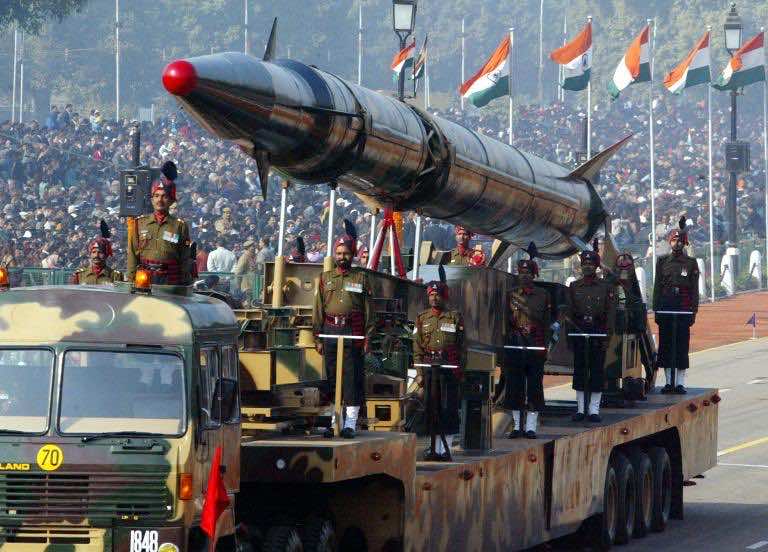 Washington- A nuclear war between India and Pakistan would set off a global famine that could kill two billion people and effectively end human civilization, a study said Tuesday.

Even if limited in scope, a conflict with nuclear weapons would wreak havoc in the atmosphere and devastate crop yields, with the effects multiplied as global food markets went into turmoil, the report said.

The Nobel Peace Prize-winning International Physicians for the Prevention of Nuclear War and Physicians for Social Responsibility released an initial peer-reviewed study in April 2012 that predicted a nuclear famine could kill more than a billion people.

In a second edition, the groups said they widely underestimated the impact in China and calculated that the world’s most populous country would face severe food insecurity.

“A billion people dead in the developing world is obviously a catastrophe unparalleled in human history. But then if you add to that the possibility of another 1.3 billion people in China being at risk, we are entering something that is clearly the end of civilization,” said Ira Helfand, the report’s author.

Helfand said that the study looked at India and Pakistan due to the longstanding tensions between the nuclear-armed states, which have fought three full-fledged wars since independence and partition in 1947.

But Helfand said that the planet would expect a similar apocalyptic impact from any limited nuclear war. Modern nuclear weapons are far more powerful than the US bombs that killed more than 200,000 people in Hiroshima and Nagasaki in 1945.

“With a large war between the United States and Russia, we are talking about the possible — not certain, but possible — extinction of the human race.

“In this kind of war, biologically there are going to be people surviving somewhere on the planet but the chaos that would result from this will dwarf anything we’ve ever seen,” Helfand said.

The study said that the black carbon aerosol particles kicked into the atmosphere by a South Asian nuclear war would reduce US corn and soybean production by around 10 percent over a decade.

The particles would also reduce China’s rice production by an average of 21 percent over four years and by another 10 percent over the following six years.

The updated study also found severe effects on China’s wheat, which is vital to the country despite its association with rice.

China’s wheat production would plunge by 50 percent the first year after the nuclear war and would still be 31 percent below baseline a decade later, it said.

The study said it was impossible to estimate the exact impact of nuclear war. He called for further research, voicing alarm that policymakers in nuclear powers were not looking more thoroughly at the idea of a nuclear famine.

But he said, ultimately, the only answer was the abolition of nuclear weapons.

“This is a disaster so massive in scale that really no preparation is possible. We must prevent this,” he said.