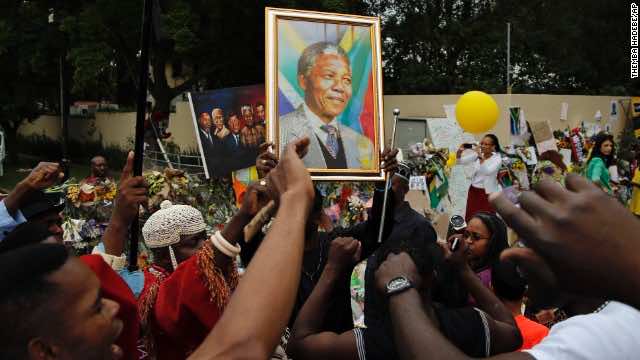 “He worked to free us all – black and white,” he added.

Thousands of people, including heads of state and world dignitaries, flocked to the stadium to attend the official memorial service.

Ramaphosa said that more than 100 countries were represented at the service.

“South Africa thanks you,” he said.

Braving heavy rains, people lined up for hours outside the stadium to pass through airtight security.

“When it rains when you are buried it means the gates of heaven are open to welcome you,” Ramaphosa said.

President Jacob Zuma is expected to address mourners, who will include a galaxy of international dignitaries including US President Barak Obama and UN Secretary-General Ban Ki-moon.

Mandela’s body will not be displayed at the memorial service.

Giant television screens have been set up at several venues throughout the city so that the public can follow the event, which will be broadcast live.

South Africans will have the opportunity to view Mandela’s body from Wednesday to Friday at the Union Building in Pretoria, where the late leader’s body will lie in state ahead of Sunday’s funeral.

Mandela, South Africa’s first black president, will finally be laid to rest on Sunday at his rural home in Qunu village in the Eastern Cape.