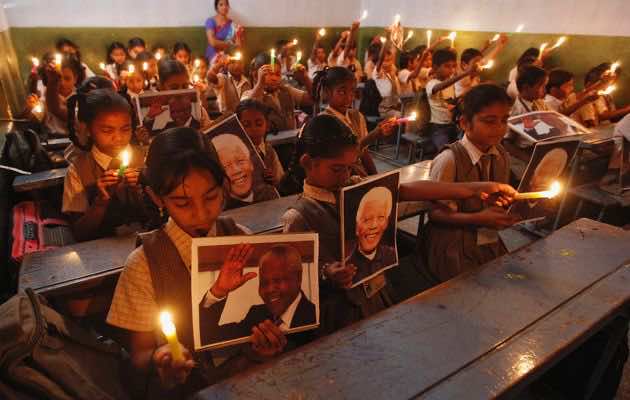 As keynote speakers delivered speeches in honor of South Africa’s departed liberation icon, several attendees – some of them wearing bright yellow Rabaa t-shirts – could be seen directly behind the stage waving a banner depicting the bright yellow Rabaa sign.

Event organizers could later be seen ushering those carrying the Rabaa sign out of the area.