Casablanca – The European Parliament adopted this Tuesday in a plenary session the new fisheries protocol initialed last July between Morocco and the European Union. 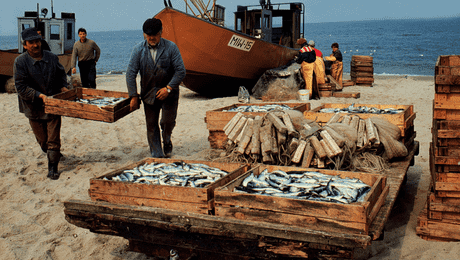 By
youssef sourgo
-
Youssef Sourgo is currently a Master’s student in Linguistic and Literary studies at Ain Chok Faculty of Letters and Humanities.
Dec 10, 2013
Spread the love

Casablanca – The European Parliament adopted this Tuesday in a plenary session the new fisheries protocol initialed last July between Morocco and the European Union.

The new fisheries agreement took about two years of negotiations between EU and Morocco, on Tuesday, in Strasbourg.

The EP which endorsed the favorable votes of its three committees (development, budgets and fisheries) adopted the agreement by 310 votes. 204 MEPs voted against.

The four-year agreement gives to the European union countries’ fleet the right to fish in Moroccan waters, in exchange of 40 million euros.

The agreement also aims to strengthen cooperation between Rabat and Brussels, through the establishment of a partnership framework for the development of a sustainable fishing policy that benefits both parties.

“This is an excellent deal for both sides which fulfils all the conditions requested by the European Parliament in its 2011 resolution, by ensuring both environmental sustainability and a proper return for the EU budget contribution,”  Spanish MEP Carmen Fraga Estevez was quited by AFP as saying.