More than 500 authors, including J. M. Coetzee and Gunter Grass, have signed a petition to the United Nations published Tuesday which claims mass state surveillance is violating basic freedoms. 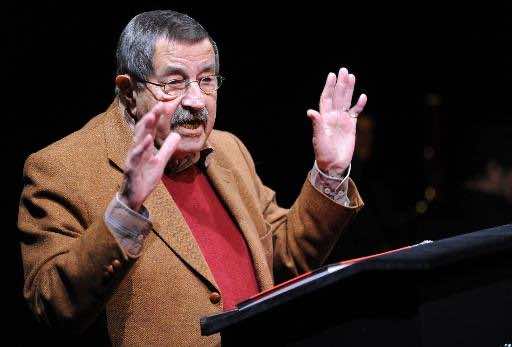 More than 500 authors, including J. M. Coetzee and Gunter Grass, have signed a petition to the United Nations published Tuesday which claims mass state surveillance is violating basic freedoms.

The signatories called for a new international bill of digital rights to curb what they claimed was the abuse of democracy through widespread Internet snooping.

The letter comes the day after eight leading US-based technology companies called on Washington to overhaul its surveillance laws following the recent revelations of online eavesdropping from fugitive US intelligence leaker Edward Snowden.

The Writers Against Mass Surveillance petition, signed by 562 authors from more than 80 countries, was published in around 30 newspapers worldwide, including The Guardian in Britain.

“In recent months, the extent of mass surveillance has become common knowledge,” it began.

“With a few clicks of the mouse the state can access your mobile device, your email, your social networking and Internet searches.

“It can follow your political leanings and activities and, in partnership with Internet corporations, it collects and stores your data.

“The basic pillar of democracy is the inviolable integrity of the individual… all humans have the right to remain unobserved and unmolested.

“This fundamental human right has been rendered null and void through abuse of technological developments by states and corporations for mass surveillance purposes.

“Surveillance is theft. This data is not public property: it belongs to us,” they said.

They demanded the right for people to determine how their data can be collected and stored, to know how it is being used and demand its deletion if illegally harvested.

“We call on all states and corporations to respect these rights.

“We call on the United Nations to acknowledge the central importance of protecting civil rights in the digital age, and to create an international bill of digital rights.

“We call on governments to sign and adhere to such a convention.”