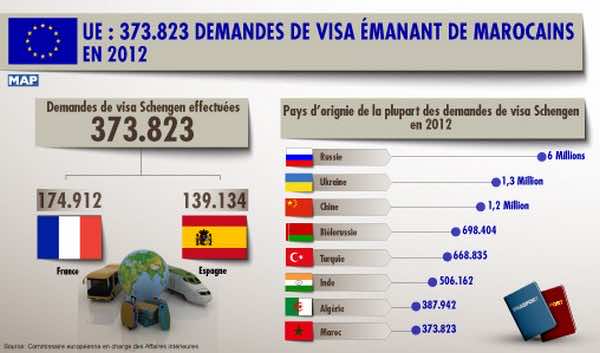 Most visa applications were made to the consulates of France (174,912) and Spain (139,134), said the European Commissioner in response to a written question of a member of the European Parliament on visas issued to Moroccans last year.