CAIRO- Egypt said Tuesday it has granted three-month residence permits to 171 out of a total of 206 Syrian and Palestinian immigrants who were detained for illegally entering the country. 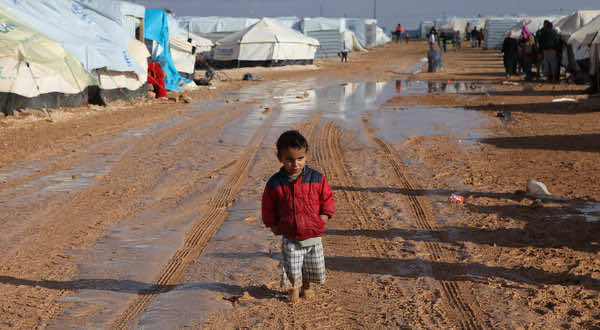 CAIRO- Egypt said Tuesday it has granted three-month residence permits to 171 out of a total of 206 Syrian and Palestinian immigrants who were detained for illegally entering the country.

Foreign ministry spokesman Badr Abdelatty said the Syrians and Palestinians had entered Egyptian waters “under the pretence of being tourists, with the intention of passing through Egypt and illegally immigrating to other countries”.

“They are people who either had no Egyptian visas or were trying to go to a third country illegally,” he told reporters, adding they were “being held at police stations in the cities of Alexandria, Port Said and Beheyra”.

Human Rights Watch charged last month that Egypt detained more than 1,500 refugees from Syria, including Palestinians, before forcing most to leave the country.

It said most of the arrested refugees had been trying to “migrate to Europe on smugglers’ boats”.

HRW said some 300 refugees from Syria, almost two thirds of them Palestinians, were still behind bars and demanded Egypt hold accountable the security officials who ordered their detention.

Egypt dismissed the claims, saying no Syrian refugee had been forced to leave the country.

On Tuesday, Abdelatty said none of the 206 immigrants had requested permanent residence in Egypt, adding authorities were also processing with a “favourable view” the cases of the remaining who have yet to be granted permits.

Egypt says 325,000 Syrian refugees have arrived in Egypt since March 2011 when the uprising against President Bashar al-Assad’s regime erupted, bringing the total number of Syrians residing in the country to 750,000.