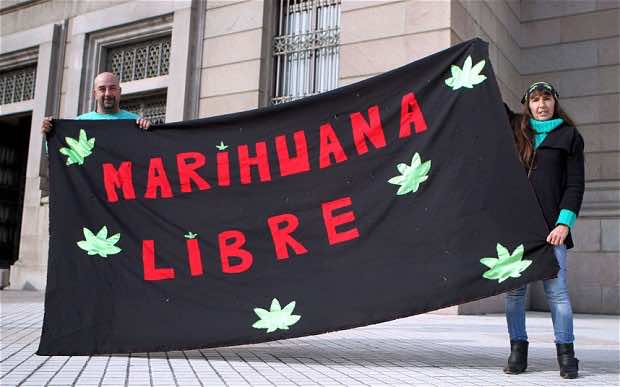 Fez- Uruguay became the first country in the world to legalize the use of marijuana. The Uruguayan Senate voted on Tuesday on bill that legalizes marijuana. In accordance with the newly approved law, adult are allowed to consume marijuana under the government’s control. The bill was passed by a vote of 16 to 13.

It is “historic day,” Senator Alberto Couriel, a member of the ruling Broad Front left-wing coalition, was quoted as by RT TV as saying.

The bill enjoyed the support of the country’s president, Jose Mujica, and an important segments of society. The argument put forth by the Uruguayan President to convince its detractors of the righteousness of his approach was that this law would help the country reduce the danger of drug trafficking.

“We are asking the world to help us with this experience, which will allow the adoption of a social and political experiment to face a serious problem – drug trafficking,” he had said in an interview with a Brazilian newspaper.  “The effects of drug trafficking are worse than those of the drugs themselves,” he added.

The bill also will allow license-holding users to plant marijuana at home.

But the bill goes against international the United Nations’ 1961 Convention on Narcotic Drugs, ratified by Uruguay in 1975.