DAMASCUS- At least 76 people, including 22 children and 13 women, were killed in attacks staged by the Syrian regime across the country on Tuesday, opposition activists said.

DAMASCUS- At least 76 people, including 22 children and 13 women, were killed in attacks staged by the Syrian regime across the country on Tuesday, opposition activists said.

Syrian regime forces killed 24 people in Damascus, 23 in Aleppo, 17 in Daraa, 3 in Rakka and Hama each, 2 in Deir ez Zor, Homs and Idlib each in air and land offensives with howitzer, rockets and warcrafts, said the Syrian Network for Human Rights (SNHR), a London-based group which tracks civilian and dissident casualties.

The Syria Local Coordination Committee (LCC) stated that four human rights activist lawyers, who are following and documenting the incidents of the country from Duma suburb of Damascus, were taken from their offices to unknown place by unidentified poeple. 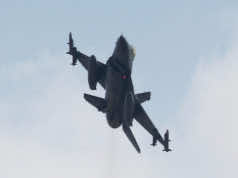