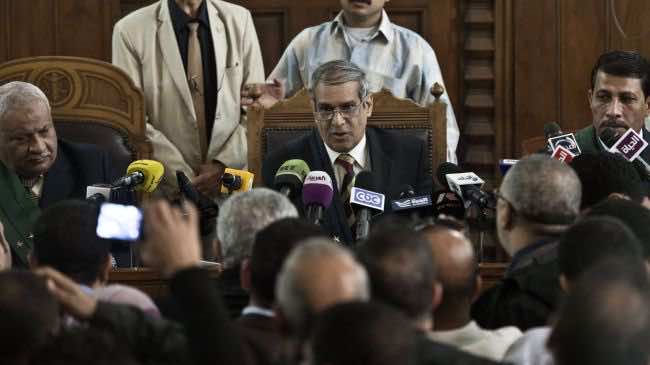 CAIRO–Judges reportedly adjourned the trial to February to hear witness testimonies and give lawyers more time to review the case.

The trial of 14 Muslim Brotherhood leaders, including Supreme Leader Mohamed Badie, in connection with violent clashes this summer outside the group’s Cairo headquarters has been adjourned to February 11.

The men are accused of inciting the murder of anti-Brotherhood protesters during June 30 clashes between supporters and opponents of ousted president Mohamed Morsi outside the Brotherhood’s headquarters in Cairo’s Moqattam district.

The defendants all dismiss the charges against them as “politically-motivated.”

Wednesday’s trial session was Badie’s second court appearance since his arrest in mid-August.

On Tuesday, he came to the courthouse to answer charges that he had incited deadly clashes in July on Giza’s Bahr al-Aazam Street. The court also adjourned trial proceedings in this case to February 11.

Judges reportedly adjourned the trial to February to hear witness testimonies and give lawyers more time to review the case.