Rabat - “…weak and panicked, I only wanted one thing: leave everything behind.” 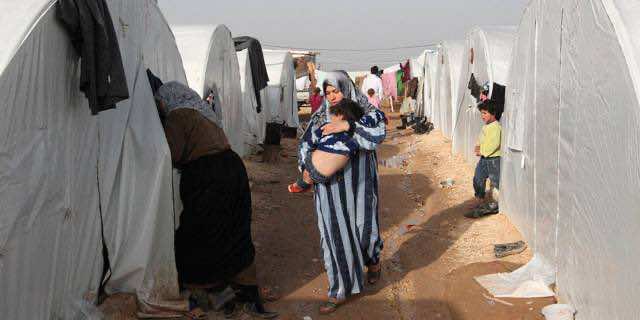 By
Mounira Lourhzal
-
Mounira LOURHZAL is a third year student at ISIC, she has experience in written press, broadcast and web content production.
Dec 11, 2013
Spread the love

Rabat – “…weak and panicked, I only wanted one thing: leave everything behind.”

Adham is 26 years old, single, with brown hair, clear green eyes, and thick black eyebrows. He is dressed as the professional clothes’ trader he used to be.

With a thin smile, he sits at the coffee house in Rabat.

“We had two big shops in Homs, a family company, where everyone worked. When I got this 8cm wound in my neck, I lost 17 kg. Weak and panicked, I only wanted one thing: to leave everything behind. I received my wound in a fight. The resistance wasn’t actually a political one, we just took the guns to protect our neighborhood, family, and goods-  it didn’t matter who is attacking.”

In a period of just 30 months, 130,000 people have died in the Syrian conflict which also created more than two million refugees — people who’ve fled the conflict, most ending up in refugee camps in Lebanon, Turkey and Jordan.  But there are Syrian refugees even as far away as Morocco, the furthest-west Muslim country, where they face an uncertain future without citizenship, even for their children who are born here, and little in the way of assistance.

In response to the question: “Why Morocco?” Adham answers: “All my friends advised me to come here. It is safe; people are tolerant, helpful, sociable and easygoing. What  do I do all day long? Nothing.  I wake up at 11 AM, have breakfast in the coffee shop of the Hotel and play video games in an arcade (a shop where people can play in machines by putting coins in it.) In the evening, my friends and I get drunk.”

How did they cross the boundaries, then?

All the refugees are able to come in Morocco despite not having visas, whether they land in Moroccans airports, or they cross the Algerian-Moroccan boundary without being called by the border guards. The interviews with the refugees are strikingly similar. For those who land in Alger- they go to Maghnia, where a smuggler drives them for 100 American dollars. The Algerian city is 27 minutes far from Oujda, the nearest Moroccan city to the boundary. These trips are usually made by night in a similar landscape. 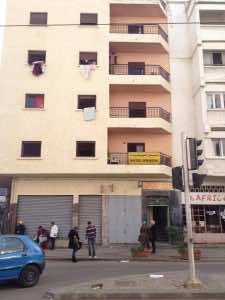 In a little hotel of the administrative capital Rabat, 25 families stay, without refugee cards. It is one of the few hotels that will accept them. The hotel is always sold out. At the tiny entry, some children play. Attempts to reach the reception where the owner refuses to let journalists come in, are met with long and dark stares. The hotel doesn’t look actually like one. Price of the night: MAD 100.

Adel is 29 years old; he couldn’t get on the same plane as Alia, his wife and their two children: Mustapha and Sileen. He had to go to Lebanon first,and the family was reunited once again in Algeria, 24 hours later.

His family crossed  331km to go from Latakia (the principal port of the country where they lived) to Damascus. The Syrian plane that took them that terrible night during the holy month of Ramadan, carried their fears and hopes for a better tomorrow.

“We demonstrated peacefully to put an end to the state of emergency, to have better salaries, futile social requests, but they put my name on the list. Some of my friends died. Members of my family too. When an innocent member of your family is killed, what kind person can you become? A bitter monstrosity of one. All of a sudden someone goes from walking with you, and then he’s gone in a second.”

Today, the new immigration policy announced by Morocco suggests that the situation could unlock. “The new office of refugees and stateless persons may develop what is called commonly a ‘humanitarian visa’ for the Syrians, it is automatically granted the status of refugee to nationals without consideration of individual circumstances,” said  Marc Fawe, the responsible for external relations in the UNHCR of Rabat.