Casablanca - Based on a survey conducted by the Moroccan National Radio, AS Roma defender Mehdi Benatia and golfer Maha Haddioui were elected Moroccan sportspersons of the year 2013. 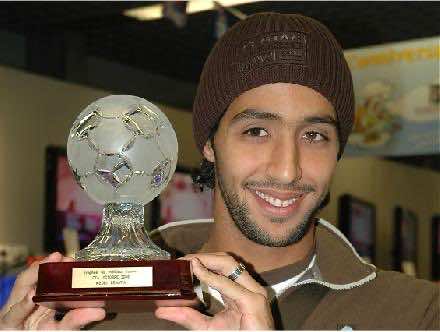 By
youssef sourgo
-
Youssef Sourgo is currently a Master’s student in Linguistic and Literary studies at Ain Chok Faculty of Letters and Humanities.
Dec 12, 2013
Spread the love

Casablanca – Based on a survey conducted by the Moroccan National Radio, AS Roma defender Mehdi Benatia and golfer Maha Haddioui were elected Moroccan sportspersons of the year 2013.

Thanks to his impressive performances with the national team, as well as with the international soccer clubs he plays for (Udinese and AS Roma), Benatia ranked first in the masculine category, with 71 points earned in a survey that involved the participation 37 newspapers.

Paralympics champion in 5000 and 10 000 meters, Amine Chentouf secured the second place with 17 points.

For his part, Badr Hari, the world champion in Kickboxing, ranked third with 12 points.

As for female athletes, Maha Haddioui, the only professional Moroccan athletes on the Ladies European Tour, topped the ranking with 35 points thanks to her prodigious performances in several golf tournaments.

The third place went to Najat El Garaa, a paralympic champion in shot put, with 22 points.

Mehdi Benatia was born in France to a Moroccan father and an Algerian mother. A.S Roma signed Benatia for €13.5 million from his previous club Udinese.

According to the biography posted on her official website, Maha is first Moroccan and Arab professional golfer to reach the European Tour after winning the First Stage of Qualifying School at 16 under par, and finishing 20th during the Second Stage to finally earn her European Tour Card.